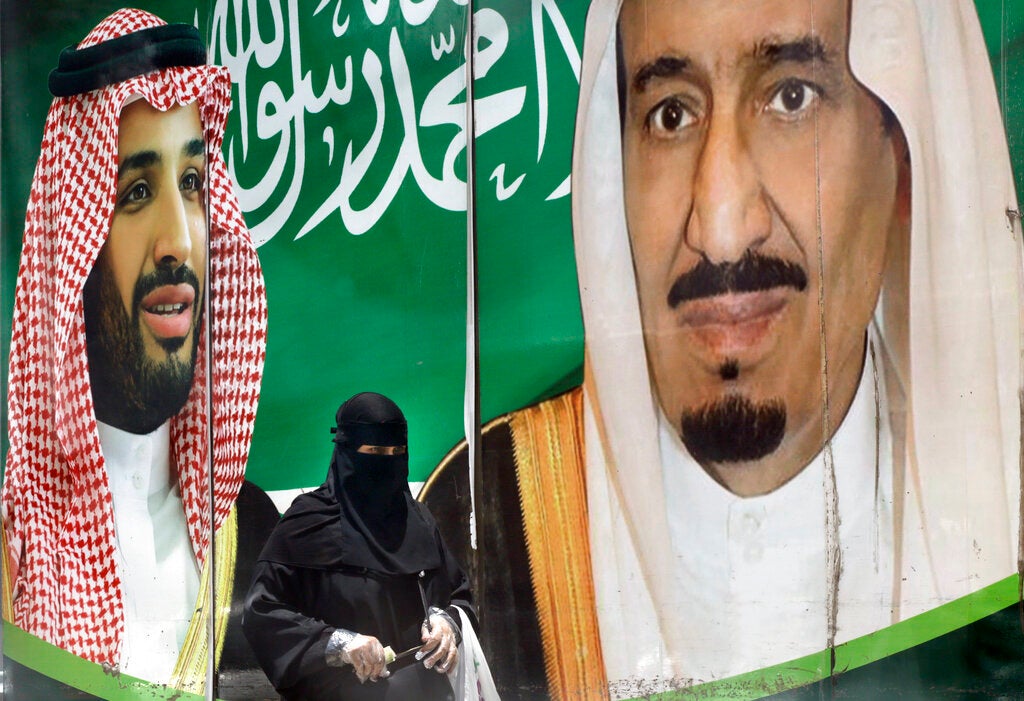 DUBAI, United Arab Emirates — This was supposed to be Saudi Arabia’s year to shine as host of the prestigious G20 gathering of world leaders. The event would have seen Crown Prince Mohammed bin Salman share handshakes and wide smiles with presidents and prime ministers.

Instead, the gathering this November will likely be a virtual meet-up, stripping its host of the pomp that would have accompanied televised arrivals on Riyadh’s tarmac just two years after the killing of Saudi writer Jamal Khashoggi had cast a shadow over the crown prince, who U.S. intelligence says bore responsibility for the crime.

It was also to be another year of sweeping change for Saudi Arabia. The kingdom had only just begun to swing open its doors to tourists and eye-popping concerts when the pandemic struck, spawning social distancing and lockdowns.

“It’s unfortunate, but I think that some of the sectors that Saudi Arabia was most interested in going into are going to be hit hard,” said Bessma Momani, a professor of Middle East studies at the University of Waterloo in Canada. “If you look at the investment that was being announced and part of the construction effort, a lot of it included theater venues, concert halls… That’s really under risk.”

With Saudi cities under curfew and the country’s borders shut, even the upcoming hajj pilgrimage in Mecca could be cancelled or dramatically pared down. The hajj, which starts in late July this year, has not been cancelled in the 90 years since Saudi Arabia’s founding.

The hajj not only provides Saudi Arabia with immense influence and prestige among Muslims, it also generates around $6 billion in revenue for the government annually.

Since early April, Mecca has been under a strict 24-hour curfew. The Grand Mosque there housing the cube-shaped Kaaba, Islam’s holiest site, is closed to the public, and the smaller, year-round umrah pilgrimages have been suspended.

The impact of the coronavirus and low oil prices have forced a recalibration of Prince Mohammed’s ambitious plans to revamp the oil-dependent economy, which is expected to contract 3% this year.

Cuts of at least $8 billion are being made to the crown prince’s mega-projects, like a futuristic city in the desert called Neom and luxury tourism resorts along the Red Sea.

Prince Mohammed hopes to transition the country away from oil, but in the short-term his plans rely on oil revenues, which have plummeted to below $40 a barrel. After producing a market-jolting level of 12 million barrels a day in April, Saudi Arabia is now producing just 9.3 million barrels a day as it leads major oil producers in an agreement to cut production.

Revenue from oil is expected to generate just $133 billion in 2020 for Saudi Arabia, down 34% from last year and down 58% from highs in 2013, according to research by Jadwa Investment.

The seismic blows have also curtailed the state’s largesse of subsidies and welfare for citizens. A monthly bonus for civil servants has been stopped and taxes on basic goods are tripling in July. A committee is being formed to review salaries in the public sector, where most Saudis are employed. That wage bill alone will cost the government $134 billion this year, half of all projected spending.

Despite the challenges, Saudi Arabia has relatively low debt and hefty financial reserves built-up during years of high oil prices. This has allowed the government to comfortably provide free health care and hotel quarantines for anyone with the coronavirus, including those residing in the kingdom illegally.

Saudi Arabia has one of the highest rates of the coronavirus infection in the region, with the number of new daily cases reaching their highest level ever on Monday. The kingdom has confirmed more than 132,000 cases of the virus, including 1,011 deaths.

As the pandemic hit businesses across the country, King Salman allocated $2.4 billion to cover 60% of salaries for many Saudis in the private sector, where a $32 billion stimulus package was announced. Jadwa Investment estimates that up to 75% of all Saudis who work in the private sector will have their salaries partially covered by the government during the pandemic.

To cover the budget deficit, Saudi Arabia has plowed into its net foreign assets, which have dwindled from nearly $740 billion in 2014 to less than $450 billion in April.

Some $40 billion in reserves were moved in March and April to the Saudi sovereign wealth fund to invest abroad as stock prices plunged. The Public Investment Fund, which Prince Mohammed oversees, purchased $7.7 billion worth of stakes in companies, including Boeing, Disney, Marriott, Facebook and Starbucks, as well as U.S. banks Citigroup and Bank of America. The fund also bought shares in oil companies BP, Royal Dutch Shell and Total amid market volatility.

In other risky bets, the fund in April purchased an 8.2% stake in cruise line company Carnival and a 5.7% stake in Live Nation, the entertainment company behind concerts for the world’s biggest stars. The deals are worth some $872 million and were welcomed by both companies.

It’s a turnaround from late 2018, when Western businesses turned away from the crown prince and the fund following outcry over Khashoggi’s slaying and dismemberment by Saudi government agents inside the kingdom’s consulate in Turkey.

“I think as time has gone on, more companies are taking their cue from their own governments, which have continued to engage Saudi Arabia and have also looked to other steps the kingdom has tried to take to reform,” said Prem Kumar, who leads Albright Stonebridge Group’s Middle East strategy and commercial diplomacy division.

Domestically, Jadwa Investment estimates that 1.2 million foreign workers, many of whom work in hospitality, tourism, retail and construction, will leave Saudi Arabia by the end of the year.

Momani, the professor, said the expat exodus could provide a silver lining for women and young Saudis to fill some of those jobs.

“The one slow factor has always been women’s participation in the labor force. So there’s room to expand that,” she said. “This might be an opportunity with further Saudization of the labor force.”