Russia to deliver verdict in spy trial of ex-US Marine 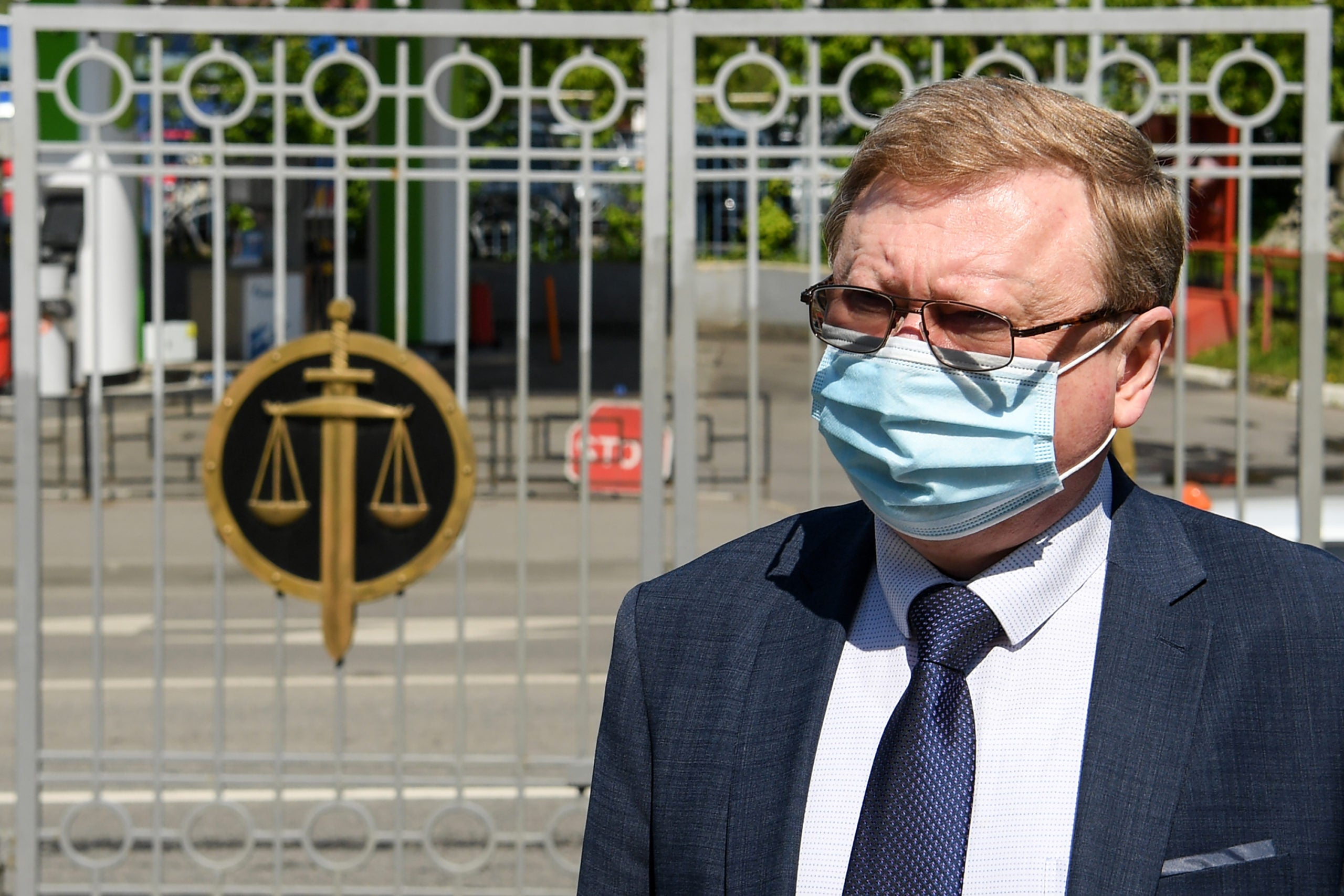 Vladimir Zherebenkov, the lawyer of US-British Paul Whelan, former US Marine accused of espionage and arrested in Russia last December 2018, arrives at the hearing in the Moscow city court on May 25, 2020. (Photo by Kirill KUDRYAVTSEV / AFP)

MOSCOW — A Russian court on Monday will deliver a verdict in the trial of former U.S. Marine Paul Whelan who risks up to 20 years in prison on an espionage charge.

The hearing at Moscow City Court is due to start at 0800 GMT.

The trial has been held behind closed doors because Whelan is accused of seeking to obtain state secrets.

The 50-year-old has been held in a Moscow prison since he was arrested in December 2018.

He has maintained his innocence, saying he was framed and comparing himself to the hapless comedy character Mr Bean.

“Russia thought they caught James Bond on a spy mission, in reality, they abducted Mr. Bean on holiday,” he said.

Whelan says he was detained on a visit to Moscow to attend a wedding when he took a USB drive from an acquaintance thinking it contained holiday photographs.

The prosecution has asked the judge to sentence Whelan to 18 years in a strict regime penal colony, just short of the 20 years maximum term for the charge.

The trial comes during an exceptional chill in U.S. and Russia relations and has further exacerbated tensions.

The United States Ambassador to Moscow John Sullivan has condemned the trial as unfair and lacking transparency.

“It was secret, no evidence was produced, no allowances were made for defense witnesses,” he was quoted as saying in a tweet by the embassy spokeswoman.

The prosecutor summed up last month by saying Whelan tried to receive secret information that is a state secret and could harm Russia’s security, the American’s lawyer Vladimir Zherebenkov told reporters.

The prosecutor claimed that Whelan has the rank of an officer — “at least a colonel” — at the U.S. defense intelligence agency, the lawyer said.

Whelan’s family said they see a guilty verdict as a “foregone conclusion” while insisting this would “not be based on facts or justice”.

Whelan was dishonorably discharged as a Marine before working as head of global security at a US auto parts company.

There have been suggestions that if convicted, Whelan, who also has British, Canadian, and Irish passports, could be returned to the US in a prisoner swap.

His twin brother David said in a statement that the family hopes that a conviction will allow Russia and the United States to “begin discussing Paul’s release immediately”.

Whelan has complained of being mistreated in prison and late last month underwent an operation in a Moscow hospital that his family said was emergency hernia surgery.

The U.S. embassy criticized the Russian authorities for waiting till his condition was “life-threatening to provide him medical attention,” while the Russian foreign ministry described the procedure as “simple.”