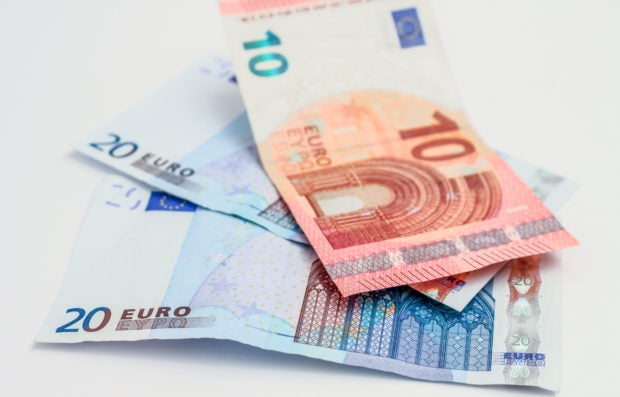 Swiss police confirmed Wednesday they have investigated an eight-year-old boy after he allegedly asked whether he could use a toy banknote in a village shop.

Newspapers suggested the shop and the police were overzealous in a case where the boy’s name will be on police records until May 2032. The unnamed boy was not charged with any offense.

The pretend euros were thrown about in early March at the Sissach town carnival in the Basel-Landschaft region in the north of Switzerland, where Swiss francs are the official currency.

The notes, printed on ordinary paper and featuring blue Chinese characters, were picked up by children, said the newspaper.

At the end of April, the boy, his 10-year-old brother and the girl next door went to their local village shop in nearby Dietgen, where the younger brother asked if he could use the note, the report said.

Even though the note was clearly identified as pretend money, shop staff felt obliged to call the police.

“It is our policy; we were instructed to do so by the headquarters in Winterthur,” BaZ quoted store manager Tanja Baumann as saying.

On May 28, the police contacted the boy’s parents and visited their home for three hours the following day to ask about the incident.

They brought along stills from surveillance footage, including one of the boy and the girl standing at the till, the report said.

A spokesman for the Basel-Landschaft police told Agence France-Presse: “We were informed that children with a bundle of counterfeit euro notes tried to buy goods.”

“There was therefore suspicion of counterfeit money being put into circulation.”

He said the investigating officer had to determine whether the fake money was used deliberately and whether the children were punishable by law.

The brothers had mug shots taken front-on and in profile, said the BaZ.

And their house was searched for further toy money: three 50-euro notes, two 20-euro notes, five 10-euro notes and three five-euro notes were seized on the grounds of preventing crime, it said.

“The fact that the children could have been admonished differently — a few serious words and a suggestion — did not occur to the (shop) staff,” BaZ said.

The 20 Minutes free newspaper headlined with: “In asking if he could with carnival notes, a boy triggered the zeal of investigators.” RGA

Read Next
Cabanatuan anti-drug operations net 11 suspects
EDITORS' PICK
Heads may roll at BOC, says Palace if sugar smugglers are allowed to use recycled import permits
What to watch out for when selecting a video surveillance solution
Apple warns of flaw that lets hackers into iPhones, Macs
House energy committee chair Arroyo bats for cheap electricity
46% of schools nationwide to have full face-to-face classes on Aug. 22
vivo brings to the Philippines a powerful smartphone with a slimmer body, the vivo Y02s for only PHP 6,499
MOST READ
DepEd to give teachers P5K cash allowance within first week of classes
LOOK: Miel Pangilinan dazzles in glittery pre-debut shoot
DOJ indicts bank officer in $2.1 billion Wirecard fiasco
PH importing sugar after all: Marcos okays 150,000 MT
Don't miss out on the latest news and information.