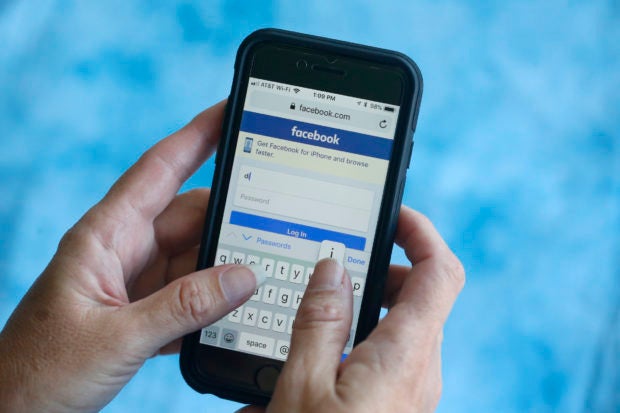 When Monica* spent much of her day on Facebook yesterday, it was not exactly to connect with friends.

The 30-year-old, who works in an education non-profit organization, was reporting dummy accounts left and right.

She heard news of the duplicate accounts popping up after students and alumni of the University of the Philippines (UP community) raised the alarm on it.

Even if she graduated from a different school — De La Salle University – Manila — she thought to check her name and indeed found a couple of fake accounts. Despite having reported the problem to Facebook, some of these dummy accounts have yet to be taken down, as of writing.

“Most of my close contacts including relatives of different age groups had dummy accounts created in their name,” she recalled. “It was disturbing and stressful.”

UP Cebu student publication Tug-ani reported cases of duplicate accounts on Saturday, June 6. It observed that these accounts mushroomed following a protest at the school against the anti-terrorism bill.

The bill, which now only needs President Rodrigo Duterte’s signature to become law, has been criticized for vague provisions, such as how it defines as terrorism. Critics say the bill can be abused to target dissenters against the current administration.

As the news spread, it became apparent that the issue of dummy accounts was not limited to the UP community or activists.

Grace*, a writer for a humanitarian organization, also found accounts bearing her name. After being reported, the accounts were taken down within two hours.

She had encountered accounts of the same name in the past, though they contained some information. These new ones though were completely blank — bearing not a single picture, post or friend.

“I felt scared and confused,” she said after learning hers was far from an isolated case

Student groups, school administrations and government agencies such as the Department of Justice (DOJ) have weighed in on the issue, with the DOJ ordering an investigation on the uptick in fake accounts.

While affected Facebook users decried dummy accounts as identity theft, others saw a darker side to the issue.

The Catalyst, the official student publication of the Polytechnic University of the Philippines (PUP), exposed cases of students being harassed by their own duplicate accounts.

DEVELOPING: Updating reports of students receiving harassment and threats from their duplicate accounts.Together with…

The publication told INQUIRER.net that over 15 students informed them that they had threats from duplicate accounts. Students were labeled “terrorists” and some were threatened with death or rape, as seen from screenshots of messages that The Catalyst posted on Facebook.

Among those who were harassed is James*, 20, who is affiliated with the organization League of Filipino Students. He found multiple accounts in his name yesterday. Though the first two accounts were taken down, more popped up within the day.

One of these accounts accused the organization he belongs to of being connected with the rebel group New People’s Army.

“Malinaw po na red tagging po ‘yung ginawa nila,” he said. (It is clear what they are doing is red-tagging.)

He believes the proliferation of dummy accounts is meant to instill fear against those speaking up on social issues in the country, such as the call for mass testing and aid amid the coronavirus pandemic, as well as the passing of the anti-terrorism bill.

(It is not just activists that are being targeted. We see that all citizens with their own opinions, desires and simple complaints about the neglect of the state are part of this.)

Though it is still unclear why there has been a spike in duplicate accounts, those affected have some speculations.

(This attack is organized, systematic and obviously has vast resources to do a fear-mongering tactic on this scale.)

Besides casting a sense of fear, Grace thinks that these actions could be “a way to distract us from other issues, like emailing our Congress reps to withdraw their yes votes from the anti-terrorism bill.”

“This is an emotionally difficult time as a whole,” noted Monica. “The only bright side is seeing how people help each other out. Whole support systems helping each other find and report accounts.”

Accountability is also sought from Facebook to take action on fake accounts. The social networking site said in a statement yesterday that it was “investigating reports of inauthentic accounts on Facebook in the Philippines.”

“We are working to validate the authenticity of these accounts, and where they fail our authenticity checks, the accounts will be removed,” it said.

Facebook has yet to respond to a query from INQUIRER.net on what authenticity checks or safeguards the company has against dummy accounts.

It mentioned in its earlier statement that “we invest millions of dollars and deploy sophisticated technology to proactively identify and remove fake accounts from Facebook.”

“We estimate that just 5% of our worldwide monthly active users (MAU) on Facebook are fake accounts,” said Facebook.

As per the 2019 fourth-quarter report of Facebook, it had about 2.5 billion MAUs, which means that there could be around 122.5 million fake accounts.

“Social media can be such a gift,” Monica said. “But platforms like FB need to be careful not to be party to crime — such as identity theft and fake news.”

“They should probably make the process of creating an account more challenging, to prevent impostors from abusing their platform,” Grace suggested.

(We call for Facebook to further tighten security measures. [There must be] a stricter verification method before making an account, so that they cannot be used as a tool for fascism and fear-mongering.) JB

*[Editor’s note: The real names of the subjects have been withheld upon their request, for their safety.]

Is the proliferation of fake Facebook accounts a ‘prelude to a crackdown’?