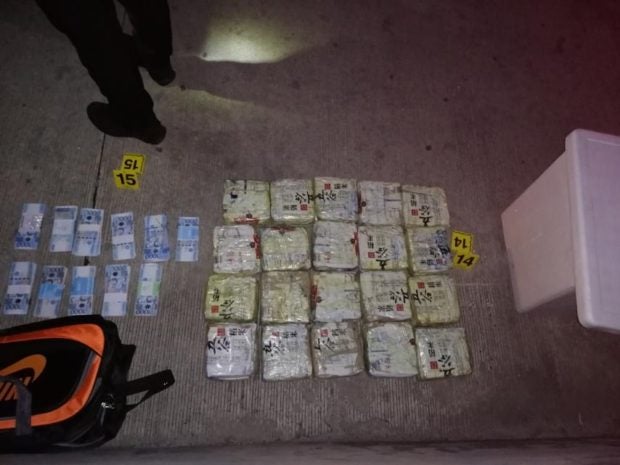 P244.8 million worth of crystal meth confiscated in a drug bust in Parañaque which led to the death of two drug suspects on June 6, 2020. (Photo from the Public Information Office of the PNP)

MANILA, Philippines — Law enforcers confiscated more than P244 million worth of crystal meth after killing two suspects in a shootout in Parañaque City on Saturday afternoon.

The bust led to a shootout between lawmen and the suspects, who died later, according to a responding medical team from Parañaque Fire and Rescue.

Seized at scene of the operations were 36 kilograms of shabu sealed with Chinese packaging valued at P244.8 million, marked money worth P2 million, two .45-caliber pistols, and a Kia sedan.