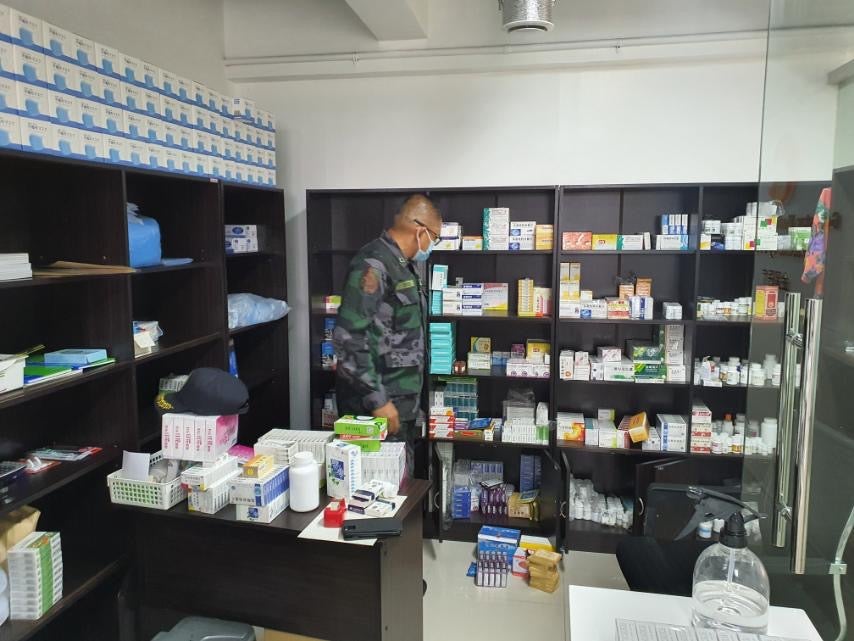 In a report on Wednesday, Police Major Gideon Ines Jr., chief of Makati Police Station Investigation and Detective Management Section, identified the suspects as David Lai, 49, the head doctor, and Liao Songhua, 41, the assistant doctor of the clinic.

Ines said the arrest came after the Makati Police in coordination with Felipe Albayda Jr. of Makati Health Department Incident Management Team Task Force COVID-19 inspected the Goldstar Medical Clinic, which is located at the 5th floor of a building along Sampaloc Street in San Antonio Village. The inspection was made after authorities received reports of a Chinese doctor treating Chinese nationals who are suspected to be coronavirus disease (COVID-19) patients.

Ines said they also found four Chinese patients in the clinic. They were referred to the Makati Health Department.

Seized during the inspection were rapid test kits allegedly used to detect the coronavirus, swab sticks, vials, syringes, and multiple boxes of Chinese medicine that are not registered with the Food and Drug Administration, police said.

Ines said the Bureau of Immigration will probe the immigration status of the two Chinese doctors.

The suspects and evidence seized were brought to the Makati Police Station while criminal complaints for violation of Medical Act of 1969 and the Food and Drug Administration Act of 2009 are now being prepared against the arrested Chinese doctors.