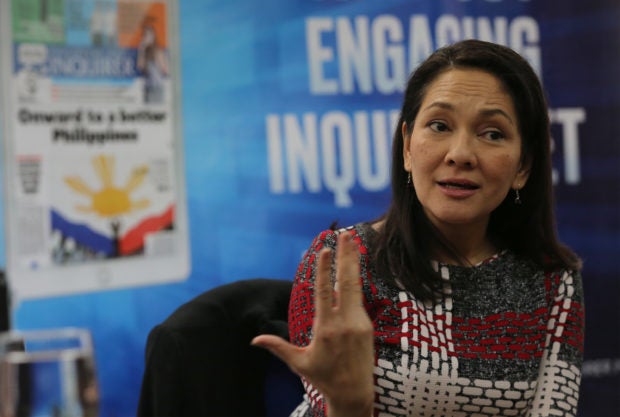 MANILA, Philippines — Senator Risa Hontiveros has alerted the National Bureau of Investigation (NBI) on the “dramatic” spike of cases of online sexual exploitation of children in the wake of government-imposed lockdowns.

On Thursday, Hontiveros shared a May 18 letter addressed to NBI officer-in-charge Eric Distor, where she urged the bureau to “immediately” act on the matter.

“This should be one of our highest priorities,” the senator said on Twitter.

“I am writing this letter to bring to your urgent attention the proliferation of materials involving the online sexual exploitation of children (OSEC),” her letter read.

This is the letter we sent to NBI asking them to act IMMEDIATELY on the spike of online sexual exploitation of kids during this lockdown. This should be one of our highest priorities. pic.twitter.com/FjNlLRmGAu

“I have been tipped off by child’s right advocates that cases of child pornography have dramatically spiked during ECQ (enhanced community quarantine) and MECQ (modified community quarantine)—perhaps owing to greater demand by perpetrators quarantined in their homes, as well as greater supply because of deepening desperation and poverty,” the senator said.

Hontiveros had previously called on the NBI to put a stop on social media pages sexually exploiting children.

“I recently made a social media call to bring this to light and several people responded to me, sharing evidence of OSEC cases retrieved from Facebook and other platforms. The posts have been nothing short of shocking,” her letter to NBI further read.

“I trust that the protection of children in vulnerable situations of the highest priority, and I would appreciate being updated on the steps that the Bureau has taken towards the end,” she added.