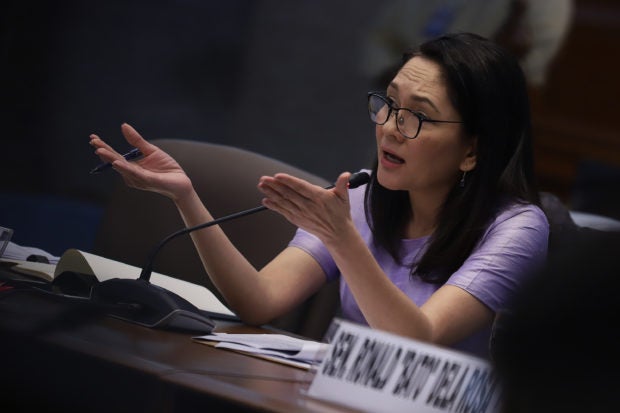 MANILA, Philippines — Senator Risa Hontiveros on Thursday called on the National Bureau of Investigation (NBI) to put an end to social media pages that sexually exploit children, fearing of a possible spike in the number of such abuses.

“Ngayong COVID-19 pandemic, may mga reports na nagsasabing pwedeng mas dadami ang kaso ng online sexual exploitation of children [During the COVID-19 pandemic, there are reports saying that an increase in the number of sexual exploitation of children may happen]. We need to be more vigilant and make sure that our children are safe and secure, online and offline,” she said in a statement.

“Nananawagan ako sa Bureau na imbestigahan at agarang i-take down ang mga Facebook pages na ito [I am calling on the Buerau to investigate this immediately and take down such Facebook pages],” she added.

The senator, who chairs the Senate Committee on Women, Children, Family Relations and Gender Equality, also said the NBI should go after those running the said pages.

Hontiveros issued the call after her office received information that several Facebook pages are posting lewd photos of female minors.

Posted by Senator Risa Hontiveros on Wednesday, May 13, 2020

(These Facebook pages are here for a long time now, but it seems the posts and groups remain active. One of the pages we have seen is “Mahilig sa Bata.” It really hurts to see these kinds of pages, especially for me being a mother and woman.)

The senator also said that social networking site should also be held accountable.

“The tech giant, with all its resources, should have technologies and mechanisms in place that prevent these kinds of pages from existing. Sobrang nakakabahala na hanggang ngayon, may mga ganito paring nangyayari sa platform na ito [This is alarming until now, things like these still happen in the platform],” she said.

“Together, we can protect our children,” she added.