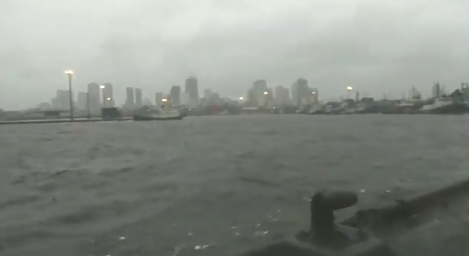 MANILA, Philippines – Manila City’s government has started evacuating residents of Isla Puting Bato in Tondo as a pre-emptive action amid the onslaught of Severe Tropical Storm Ambo, which was bringing heavy rains and intense winds in Metro Manila on Friday night.

The Manila Public Information Office (MPIO) said in a tweet that evacuees will be brought to the Rosauro Almario Elementary School located within Tondo’s part of the R-10 Highway.

Earlier, strong winds and waves were reported in areas near the Manila Bay, including Isla Puting Bato.  The latest forecast from the Philippine Atmospheric, Geophysical and Astronomical Service Administration (Pagasa) showed that Ambo kept its strength while moving towards Bulacan province.

Pagasa said the weather disturbance packs maximum sustained winds of 100 kilometers per hour (kph) near the center and gustiness of up to 160 kph.