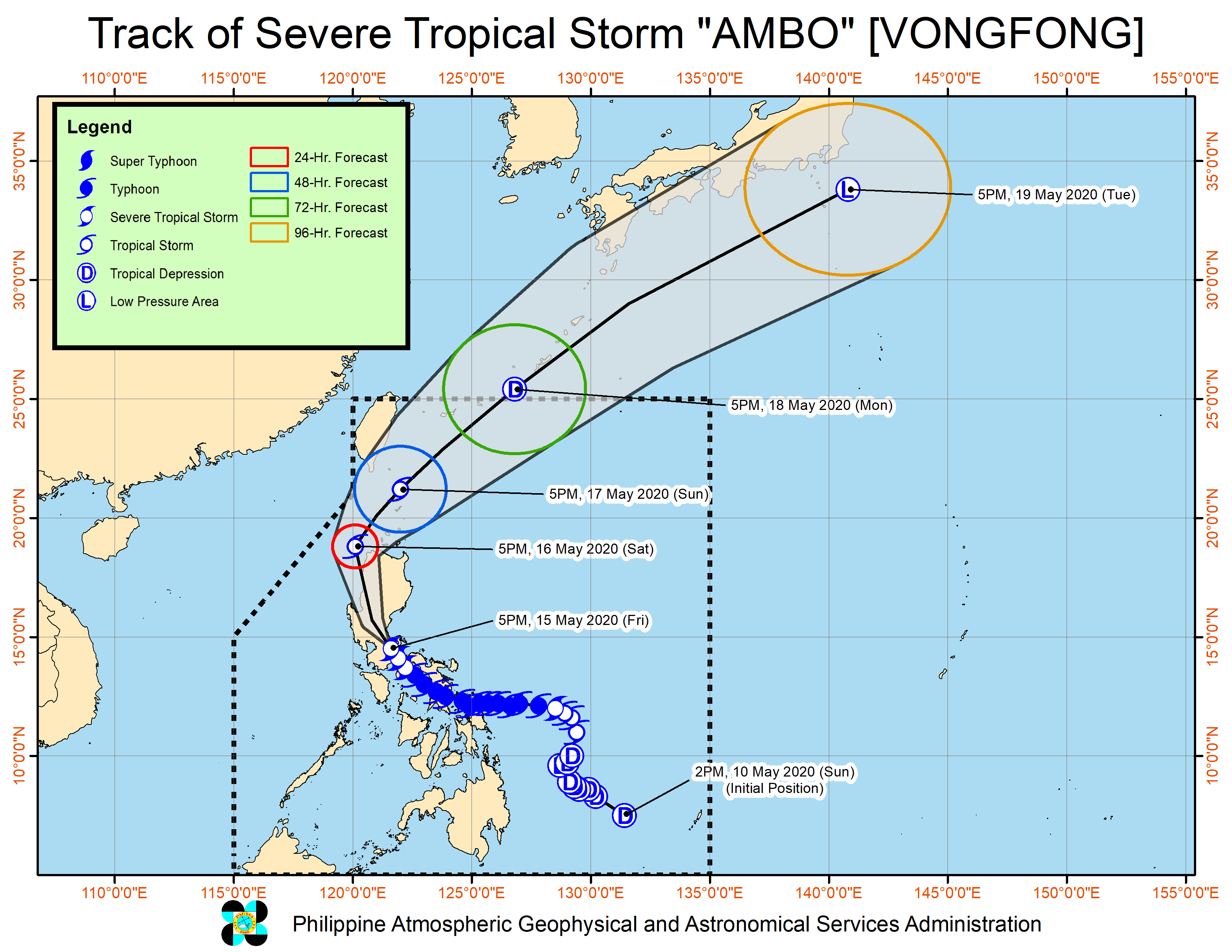 MANILA, Philippines — Severe Tropical Storm Ambo (International name: Vongfong) has kept its strength despite hitting land seven times since Thursday. It is headed towards Bulacan on Friday night, according to the state weather bureau.

Based on the latest update of the Philippine Atmospheric, Geophysical, and Astronomical Service Administration (Pagasa), Ambo has maintained its maximum sustained winds of 100 kilometers per hour (kph) near the center and gustiness of up to 160 kph.

The eye of the storm was last spotted in the vicinity of General Nakar in Quezon province, according to Pagasa, as it was moving northwest at a speed of 20 kph.

Several cities in Metro Manila have reported strong winds and waves along Manila Bay and its tributaries while Marikina River’s water level is being strictly monitored. In areas that were already hit by Ambo, relief operations and restoring electricity were still the main concerns, as of this posting.

Pagasa advised residents in provinces along Ambo’s track to standby for updates and to coordinate with local officials of the Disaster Risk Reduction Management Offices for possible evacuation.

Pagasa said Ambo is forecast to move towards the northwest of Laoag City in Ilocos Sur by Saturday night, before leaving the Philippine area of responsibility hopefully by Monday afternoon.