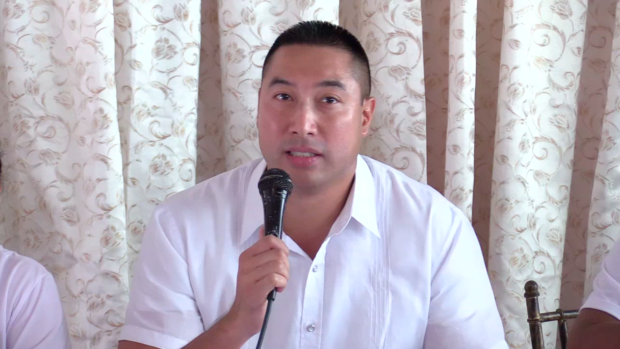 MANILA, Philippines – The reason why San Juan Councilor Jana Ejercito’s personnel were invited to a police station in the city was because she was distributing relief goods without a permit, Mayor Francis Zamora claimed on Thursday.

“Based on the report of San Juan Chief of Police Jaime Santos […] the staff members of two councilors were invited to the police headquarters because they were distributing relief goods in the form of bangus in Barangay West Crame,” Zamora said in a message to reporters.

He then insisted that both councilors went to the police station on their own, but only Ibuna was not questioned as she showed a certification from the Mayor’s Office allowing her to do relief operations, which Ejercito did not have.

Zamora stressed that the permits are necessary for people who want to donate goods to people affected by the COVID-19 lockdowns, in accordance with the guidelines of the Department of the Interior and Local Government (DILG) and the Inter-Agency Task Force on Emerging Infections Diseases (IATF)

“However, Councilor Ejercito was not able to present any certification because she did not apply for one, thus, her staff was questioned.  Please be reminded that the IATF and DILG have issued a directive that all persons or organizations who wish to conduct any form of relief operations must first secure a certification from the LGU,” he explained.

Earlier, Ejercito’s cousin and former senator JV Ejercito said in a tweet that Jana Ejercito should have not been brought to the police station as she had no violation, because she was distributing the goods by going house to house.

My cousin, Councilor Jana Ejercito was brought to the police station for distributing bangus.

They were giving the milkfish house to house, so there was no crowd.

Dito sa San Juan ang utos pag galing sa kalaban bawal. This is a Pandemic, every help should be welcome.

But Col. Santos said that Jana went on her own.

Zamora said that former vice mayor Janella Estrada, whose rolling store was initially barred from operating in the city, has already secured a permit and had been allowed to conduct relief operations.  Other councilors have done so too, he noted.

“These are IATF and DILG guidelines, not San Juan City guidelines,” he said.  “All they have to do is write a letter with the details of the proposed relief operations such as the date, time, venue and kind of items to be distributed.”

“In short, they just have to coordinate with the LGU which is very easy to do as proven by the certifications that I have given to other elected officials, NGOs, GOs and private individuals. We welcome people conducting relief operations, they simply have to comply with the guidelines issued by the IATF and DILG,” he added.

The friction between the two clans in San Juan — the Estradas and the Zamoras — have escalated since the COVID-19 pandemic lockdowns affected the city.  Last May 4, former senator Jinggoy Estrada, JV Ejercito’s half-brother, was also “invited” by the police for distributing relief goods.

Jinggoy insisted that his arrest was due to politics, but Zamora insisted that it was not a harassment as willing donors should coordinate with the local government before being allowed to conduct relief operations.