MANILA, Philippines — The local government of Parañaque has filed four criminal complaints against a Chinese allegedly operating an illegal medical clinic in the city.

In a statement on Tuesday, the local government unit (LGU) said the complaints against Yumei Liang of Muntinlupa City has been filed before the Parañaque City Prosecutor’s Office on Monday.

According to the LGU, Yumei has been running his business without the necessary permits and that the operation of the medical clinic violates the Sanitation Code, Food, Drug, and Cosmetic Act of 2009, and Bayanihan to Heal as One Act.

The complaints against Yumei stemmed from a raid conducted by members of the city’s Business Permit and Licensing Office and city police officers at his clinic located in a rented residential unit along Garcia Street corner Airport Road in Barangay Baclaran. 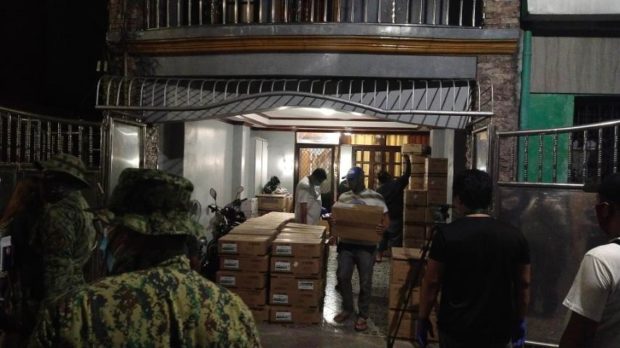 During the raid, local authorities likewise seized 470 boxes of Chinese medicine which were believed to be unregistered medicine for COVID-19 and HIV.

In a separate text message, Parañaque Public Information Officer Nick Ferrer said the suspect violated the Bayanihan to Heal as One Act for failing to reveal the source of the unregistered medicine.

Meanwhile, the National Capital Region Police Office (NCRPO) said in a separate statement that the confiscated medicine worth P30 million was referred to the Food And Drug Administration (FDA).

NCRPO chief Major Gen. Debold Sinas explained they have not arrested the suspect due to “pending filing of appropriate charges… based on the result of the test conducted by the FDA.”

FDA is mulling to file charges against Yumei for “smuggled medicines, for selling unregistered medicines for COVID-19 and for practicing the medical profession in the country without a license.”

Likewise, Sinas added that the Bureau of Immigration is verifying the status of the Chinese man.

On the other hand, the Parañaque City government said, the Land Transportation Office is mulling the filing of charges against Yumei for falsification of public documents for “supposedly altering (his) driver’s license.”