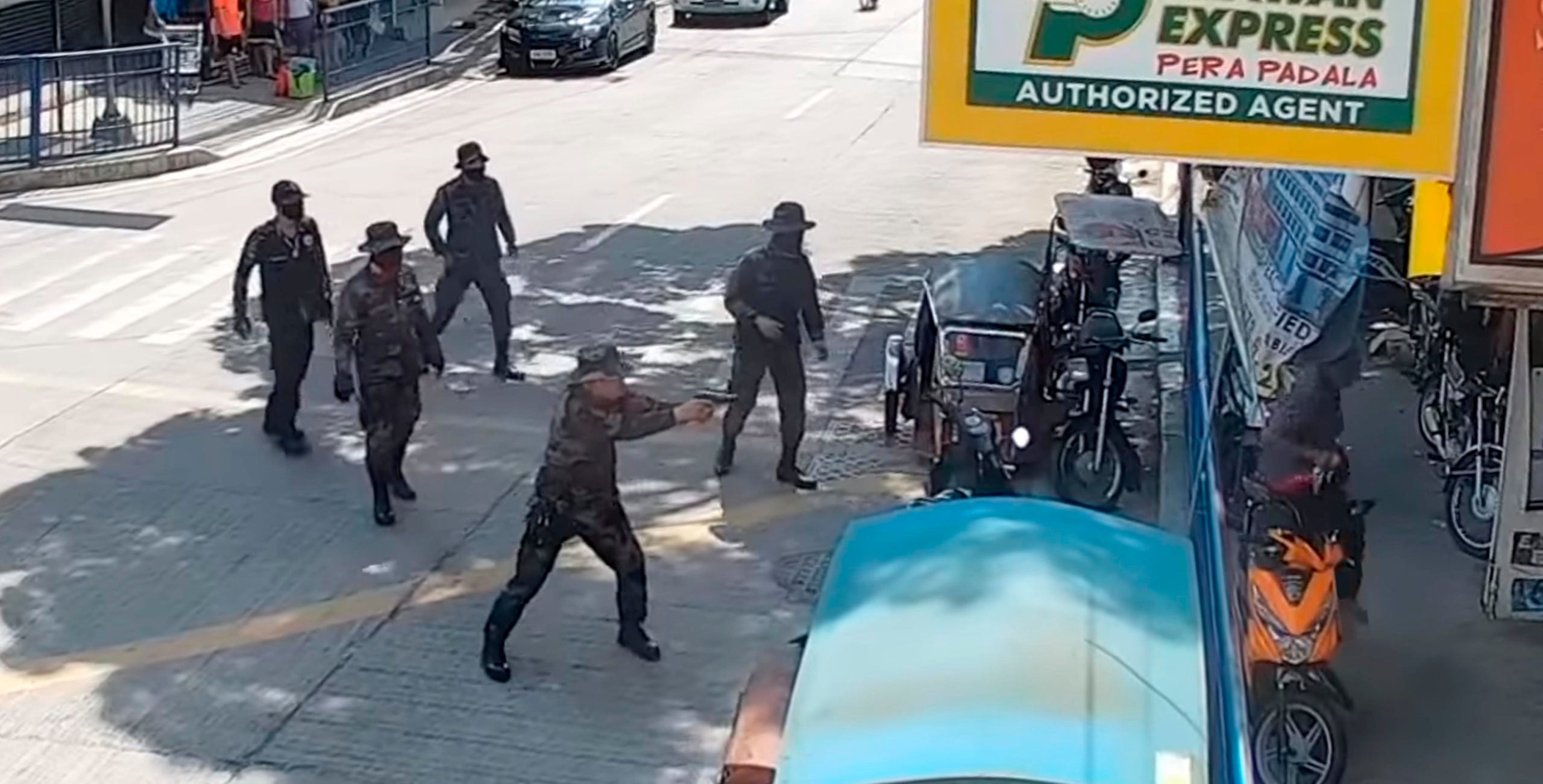 The retired Army soldier who was shot and killed at a police quarantine checkpoint in Quezon City on Tuesday had been confined four times in a military hospital in a span of six years after surviving several encounters with communist rebels in Camarines Norte province.

Ragos, 34, was killed by policemen manning the checkpoint on Maligaya Drive in Barangay Pasong Putik for violating enhanced community quarantine protocols, according to a police report. He was shot while allegedly trying to pull out a .38-caliber revolver from his sling bag, police claimed.

“We took care of him when he was still an active soldier, going in and out of the hospital. PTSD is really a serious condition and the struggle is lifelong,” Zagala said of Ragos.

PTSD is a chronic condition that occurs when a person who has experienced or witnessed a traumatic event is unable to recover from the resulting stress. (The American Psychiatric Association considers a sustained level of stress or trauma as PTSD if symptoms last more than a month.)

The AFP acknowledges PTSD among soldiers, especially those who have had horrendous encounters with rebel groups, like the Abu Sayyaf in Mindanao. According to a military briefer provided by a source, Ragos enlisted on March 3, 2010, and was assigned to the Army’s 31st Infantry Battalion in Camarines Norte province. While there, his unit “figured in several armed engagements” with members of the communist New People’s Army.

Ragos’ military base was “almost overrun” during one of those attacks, Zagala said. “Apparently, Corporal Ragos was unable to cope with the trauma of these attacks, these very stressful combat scenarios,” he said.

“As a result of these encounters, Corporal Ragos developed … early sign(s) of … PTSD,” the briefer read.

The soldier, it said, was first confined at V. Luna Medical Center from Nov. 24, 2010, to Aug. 19, 2011, for psychotherapy and medication. He was later “declared fit to continue military service” and sent back to the Army.

Zagala said Ragos was again confined in 2013 and 2014, but these did not appear in the briefer.

What the document reported was that in 2014, while Ragos was barely two months on duty with a unit based in Barangay Pawak, Saguiaran, Lanao de Sur province, his commanding officer “requested for his relief effective Sept. 3.”

Ragos was transferred to another base in Camarines Sur province.

The same report detailed that on March 23, 2016, Ragos was referred anew to V. Luna Medical Center, the principal medical facility that attends to PTSD cases.

In December 2016, hospital doctors declared that Ragos “was no longer fit to serve,” Zagala said.

The briefer indicated that Ragos “was recommended for complete disability discharge” effective Jan. 16, 2017.”

Zagala said that when Ragos was discharged, he received separation pay and a regular pension for medicines. “He was also considered disabled and received a monthly stipend [for that].”

And since he was no longer an active duty officer, his subsequent confinements for therapy and counseling had been at Veterans Memorial Medical Center, also in Quezon City, Zagala said.