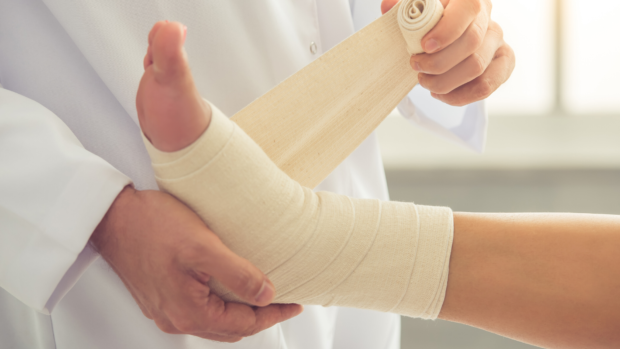 A mother from England ended up with injured ankles after trying to recreate a popular TikTok dance on April 15.

The said challenge involves two people tapping their feet together from different angles to the 2018 song “Oh Na Na Na” by Slim Burna, as seen in a video on TV host Jimmy Fallon’s TikTok page last month. He carried out the steps with dancer Charlie D’Amelio.

However, when Charlesworth and her girlfriend Naadjele Lartey tried to recreate the dance, they were not as successful as Fallon and D’Amelio.

“We were just [practicing], and as I went to turn I slipped and heard ‘crack, crack’ and then I was in a heap on the floor,” Charlesworth was quoted as saying.

“It hurt so so bad. I think my partner thought I was exaggerating, she had to pick me up and we were trying to wait to see if the pain wore off but then we had to phone an ambulance,” she added.

Once Charlesworth arrived at a hospital, she learned that the slip had “badly broken” her left ankle, which could require an operation to fix. According to the report, she also ended up with a fractured right ankle and injured ligaments.

Days after the incident, Lartey told the news outlet that one of her partner’s feet is now in a cast while the other is in a moon boot. She added that the situation has also been “hard” for Charlesworth’s two young kids.

Charlesworth then warned those who are interested in trying the dance, stressing that “it’s not as easy as it looks.” Ryan Arcadio/JB