‘Our hero’: Pilot in Lionair crash remembered as ‘selfless’ by wife of 21 years 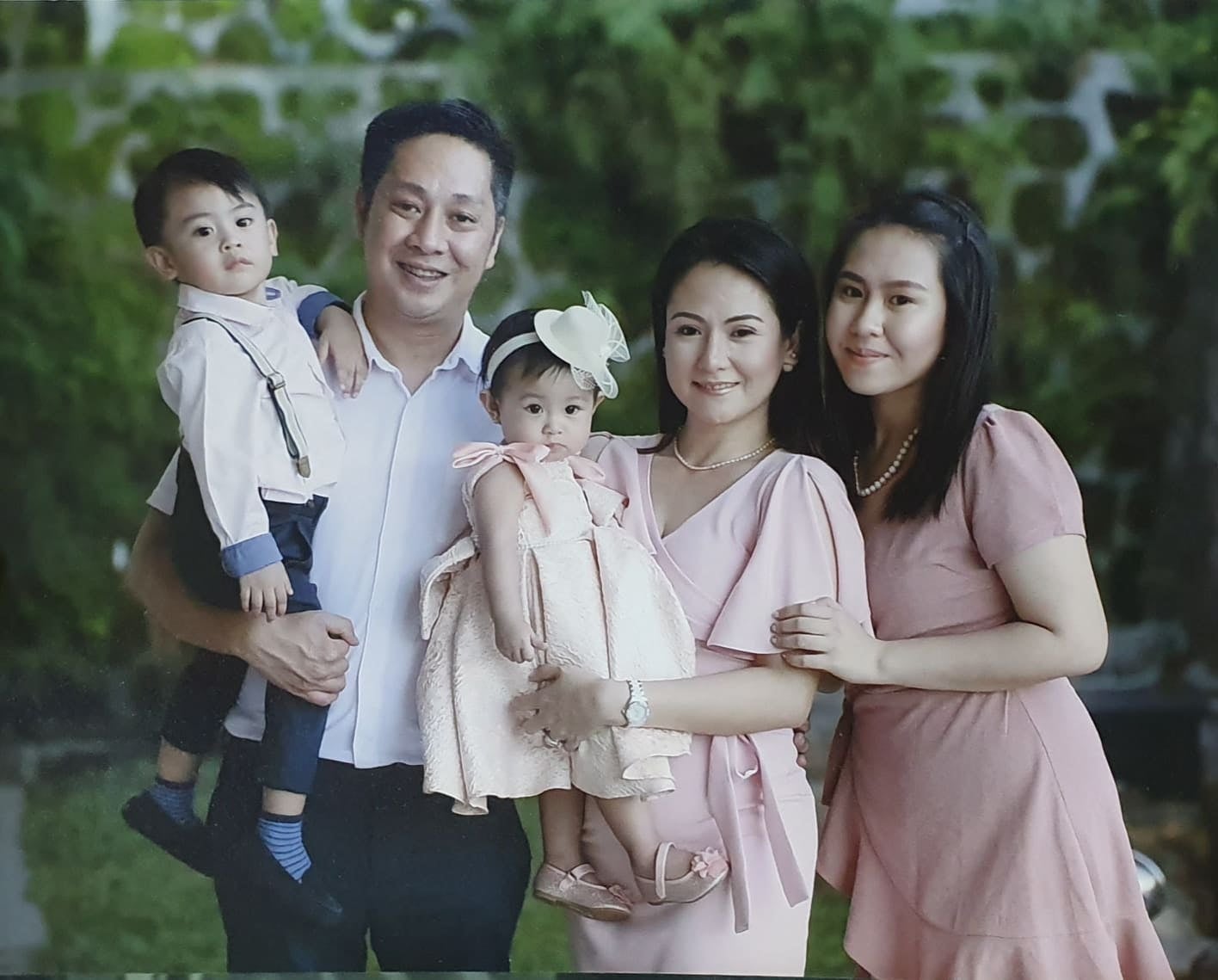 MANILA, Philippines—Days after a co-pilot perished in a Lionair plane crash last March 29, his wife remains in shock.

(If you ask me and my daughter, it hasn’t sunk in yet. We’re still hoping that when we wake up, it’s just a nightmare.)

Ungson, 41, was one of the eight passengers killed after a Lionair plane caught fire at Naia on March 29. The aircraft was headed to Japan for a medical evacuation mission.

Bringing more grief was the fact that her husband was aboard with his best friend since flight school, co-pilot Melvin de Castro.

Though Ungson had been with the airline for some time, De Castro was a recent addition to the company. “He was happy when he was flying with his best friend,” recalled Tan-Ungson. “I know how painful it is also for his (De Castro’s) family.”

Tan-Ungson, 40, resigned last year as a flight attendant to focus on raising their family. She and her husband were high school sweethearts and married for 21 years. “That’s more than half of my life that we were together,” she remarked.

The pilot is survived by their three children, ages 21, 3, and 2. Their eldest daughter, a college student, hopes to be a pilot like her dad.

“He’s not obliged to do it but he chose to do it, na tumulong sa ibang tao (to help other people). That’s where all of it ended. Siguro that’s his mission talaga (Maybe it’s really his mission). He’s very selfless.” 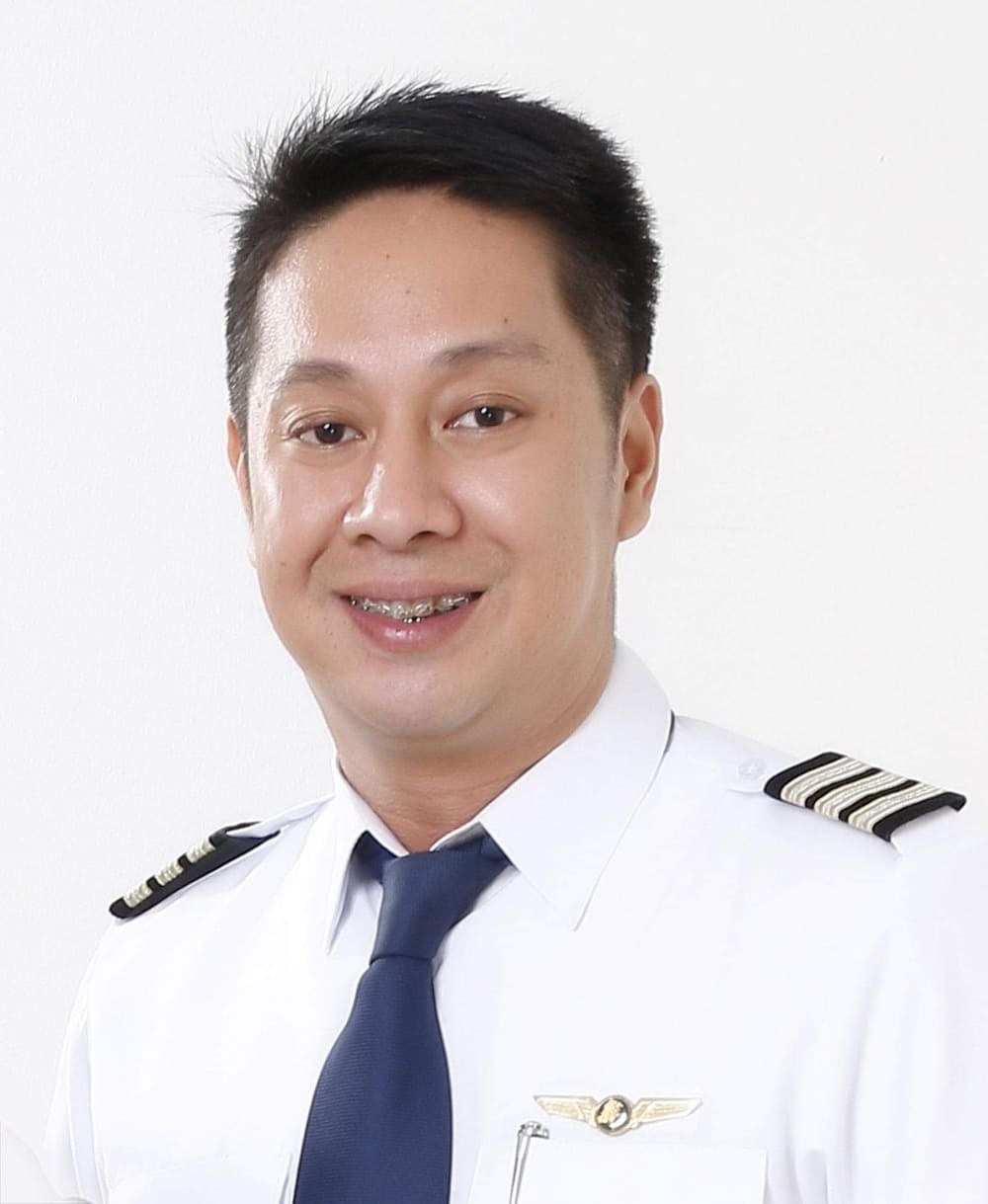 It was her daughter who first got word through a Facebook message that her dad was involved in an accident. Initially, Tan-Ungson dismissed the news.

She told her daughter that the flight had left at 7:30 and not 8 p.m. as what was being circulated on social media.

“But at that time I tried calling his phone na kasi medyo natakot na ako (I was getting kind of scared),” she admitted.

When she found out that the plane was headed to Japan, panic set in. “I didn’t know who to call.”

“Everyone was calling us to confirm although we had no idea because that night, up until now, I haven’t seen all the news and social media, the pictures, the videos… Hindi ko pa kaya (I couldn’t handle it).”

Tan-Ungson got the confirmation from Lionair that her husband was among the victims of the plane explosion at around 9 p.m. that night. The remains were retrieved at about 2 p.m. the next day following an investigation.

Her husband’s remains are now in an urn at their home, with a funeral yet to take place after the Luzon-wide lockdown because his parents are still in the United States. A daily mass is held and broadcast to loved ones online.

The medical evacuation mission was volunteer work Ungson undertook to help in the efforts to combat the coronavirus disease (COVID-19) pandemic.

“I remember him asking me if it’s OK if he can do this humanitarian service. I said yeah of course, it’s fine, at least he can help people in our own little way,” Tan-Ungson said.

Her husband would be part of non-stop flights to deliver supplies. “Sometimes when they get to the destination it will take a really long time for the volunteers to pick up the items. Minsan the whole day talaga, sa isang araw how many places. Mga provinces ‘yong pinupuntahan nila (Sometimes it would take the whole day, him going to many places in a day. They go to provinces),” she said.

His volunteer work meant time apart from his family even at home, where he would self-quarantine after being exposed outside.

As she continues to grieve the loss of the love of her life, Tan-Ungson wondered if she could have stopped him from leaving. “Sana naging selfish na lang ako. Sana hindi ko siya hinayaan. Pero of course that’s what he wanted. Hindi namin alam na mangyayari ‘yon.”

(I wish I were selfish. I wish I didn’t let him go. But of course that’s what he wanted. We didn’t know that would happen.)

Tan-Ungson vividly remembers their last morning together prior to the accident. She said they had coffee at 4:30 in the morning, which was unusual for them.

“He knows that I’m tired the whole day, doing chores, taking care of the kids so when he sees me sleeping, hindi niya talaga ako ginigising (he really doesn’t wake me up). He tells me ‘Baby go back to sleep,’” she said.

However, that morning he insisted on spending time with her even at an early hour.

“We had coffee from 4:30 in the morning till 7. The only thing that we were talking about is basically about life, our accomplishments, and what are the things we still want to do for the kids, for their future,” she remembered.

“‘Yon ang pinag-uusapan namin, the future of the kids, because we want them to be settled. ‘In time’, sabi niya, ‘At least ‘pag wala na tayo, OK sila.’ Laging future iniisip niya.”

(That’s what we were discussing, the future of the kids, because we want them to be settled. “In time,” he said, “At least when we’re gone, they’ll be OK.” He was always thinking of the future.)

“He’s the type of person that everyone knows he’s very family-oriented, he puts his family first above anything else,” she added.

“Kahit maaga kaming nag-asawa (Even if we married early), he really stood up for me,” she recalled. Their love remained strong too through a long-distance relationship since both of them were in the airline industry.

Although they wanted to grow their family, it was difficult with the nature of their work. They had hoped for twins but had no luck.

Then all of a sudden, they welcomed two kids two years in a row. “We were really happy because we waited for them for so long,” she said, adding ruefully, “Now that they are here, umalis naman siya (he is gone).”

She said her husband was able to see his dreams come true before his passing and was grateful for all he had, especially for their younger kids. “Every night after praying, before going to sleep, he always tells them, ‘Thank you for coming, thank you.’”

“Everything that he wanted, that we prayed for, nangyari (it happened). We managed to build a house, talagang dream house namin (our true dream house),” she said.

When asked how she is coping with the loss, Tan-Ungson said, “It’s difficult. My two kids won’t be able to spend more time with him. They don’t know anything, what’s happening right now, they have no idea.”

Her kids, especially their eldest daughter, get her by each day, and she promises to fulfill what he wanted for them.

(I just wanna assure him that whatever responsibility, whatever comfortable life he wanted for our family, I will do it, I will continue it for him.)

The eldest daughter, meanwhile, has been taking charge with her dad gone. She has been arranging the masses and other matters along with Ungson’s sister while they await her dad’s funeral. 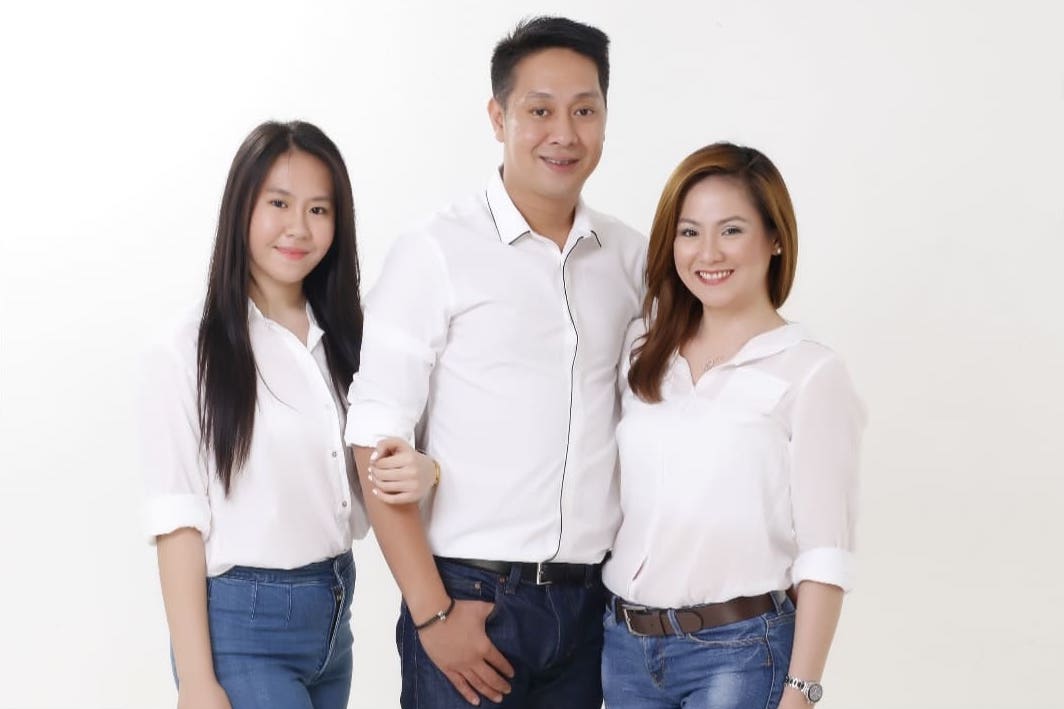 “She’s really a carbon copy of her dad. Talagang magkaugali sila (They really have the same attitude). They’re both strong,” Tan-Ungson noted.

(She’s the one giving me strength now… The roles seem to be reversed. I should be comforting her. But no. She is the one who tells me, “Mom we can do this.” She keeps saying it to me.)

Amidst the sudden loss and deep sadness, Tan-Ungson says the happy memories are too many to count.

(I will cherish the memories from the time I met him, when he started courting me. I will keep going back to that time.)

What also cannot be taken away from Ungson’s wife and kids was how dedicated he was to their family. “There’s no words that can express how great he is as a husband, as a father or any role. He is our inspiration, he is our strength and of course he is our hero,” Tan-Ungson said.

“He inspires us to be better. The kids look up to him.”

Young doctor in fatal Lionair flight had ‘zest for life,’ but ‘fought like a hero’

Read Next
Easter spirit found in those who serve, sacrifice amid COVID-19 crisis—CBCP
EDITORS' PICK
World-standard accounting: Unlocking your financial potential
Defend Your Health! Shop health essentials from home with Rose Pharmacy’s Online Sale
DTI: Restaurants’ dine-in capacity to further expand, LGUs encouraged to move curfew time
BAP: PH banks can withstand ABSCBN shutdown
Water remains our saving grace right now
Early to tell if PH has reached ‘peak’ of COVID-19 outbreak — WHO exec
MOST READ
Enchong Dee to Harry Roque for saying ‘move on’ from ABS-CBN shutdown: ‘You disgust me’
‘I am not my father,’ says daughter of lawmaker who voted to deny ABS-CBN franchise
Defensor: ‘No problem’ with daughter expressing support for ABS-CBN
US rejects nearly all Chinese claims in South China Sea
Don't miss out on the latest news and information.