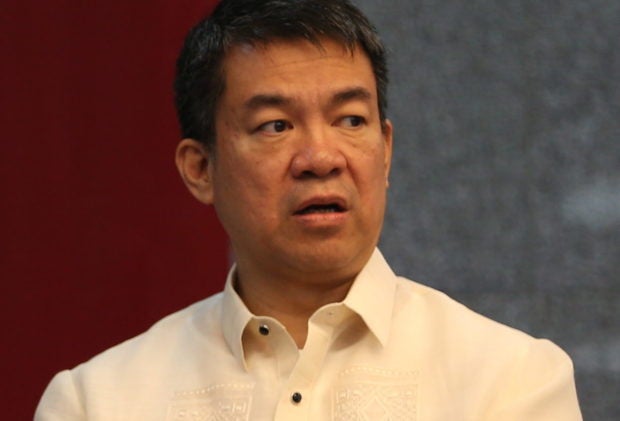 MANILA, Philippines — Acting on a lawyer’s complaint, the Department of Justice (DOJ) said it would immediately look into the criminal liability of Sen. Aquilino “Koko” Pimentel III for violating quarantine rules and exposing the staff of Makati Medical Center (MMC) to the new coronavirus.

Justice Secretary Menardo Guevarra on Monday announced the investigation after lawyer Rico Quicho filed by email a complaint against the senator with the DOJ.

Quicho accused Pimentel of violating Republic Act No. 11332, or the Mandatory Reporting of Notifiable Diseases and Health Events Act of 2018, and other regulations of the Department of Health (DOH).

Reached for comment, Pimentel said he had yet to see the complaint.

The senator took his pregnant wife to MMC on March 25 even though he was supposed to be on quarantine after getting himself tested for the coronavirus days earlier since he had shown symptoms.

He said he learned that the test had returned positive while he was at the hospital, prompting him to leave behind his wife who was due for a cesarean delivery.

The hospital said it was forced to put several doctors and nurses on quarantine because of their exposure to the senator, when its staff was already depleted from taking care of coronavirus patients.

The S&R supermarket branch in Bonifacio Global City in Taguig City also confirmed social media reports that Pimentel was at the supermarket on March 16, when he was supposedly under quarantine.

“I cannot in good conscience allow the reckless actions of Sen. Koko Pimentel to be brushed aside so easily. He blatantly violated laws, which put the lives and health of [medical] front-liners and even ordinary citizens at grave risk,” said Quicho, who volunteered to file the complaint on behalf of the hospital’s medical staff.

Pimentel “has categorically admitted his breach (of quarantine protocols) without remorse, and yet because of his position, he is still not being made accountable,” Quicho added.

“To be fair to me, [I hope] he furnishes me with a copy so I can answer [the allegations],” the senator said in a Viber message.

“[The] DOJ, I think, will find a way to give me a copy. This email filing is just new [so] I’m not familiar with the procedure,” he added.

Guevarra told reporters that the DOJ was only waiting for a complaint to be filed before taking action.

“Now that it has been filed, the justice department will immediately schedule the preliminary investigation on such date as may be appropriate, considering the current lockdown in Metro Manila,” he said.

The National Bureau of Investigation will still proceed with its plan to ask Pimentel to explain his action, he added. —WITH A REPORT FROM MARLON RAMOS INQ