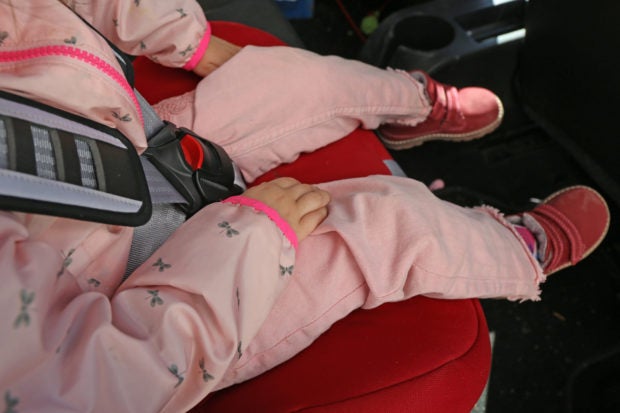 A woman from Florida, USA, was arrested on charges of child neglect after she allegedly left two children she was caring for inside a hot car to buy milk at a supermarket.

Deputies from Pinellas County Sheriff’s Office were called to a Costco store in Gulf to Bay Boulevard in Clearwater after someone saw a 1-year-old and a 3-year-old by themselves inside a vehicle, as per FOX 13 on March 15. The children were found in their car seats inside the vehicle, its windows rolled up and doors locked. The car was also not running and the temperature was around 70 degrees that day, according to the sheriff’s office.

One of the children was crying and seemed to be in distress, prompting a deputy to punch the driver’s side window so they could be removed from the vehicle. The deputy said that the children had red cheeks and their faces were moist and warm to the touch, as per the report.

Yager told authorities she thought it would be all right to leave the children for a few minutes to buy milk since they were sleeping when she pulled up at the store. She also said she did not know how hot it was outside when she left them. Yager’s bond was set at $5,000 (around P257,000), as per Patch Media on March 15. She, however, bailed out of jail six hours later.

Temperatures inside vehicles can rise to life-threatening levels even on mild or cloudy days, as per the National Safety Council. The council reported that more than 800 children in the US have died from vehicular heatstroke since 1998. Of these deaths, 24% percent occurred in employer parking lots while a parent or a caregiver was at work. In 2018, 53 children died in hot cars, making it the deadliest year on record in the past two decades. Cody Cepeda /ra