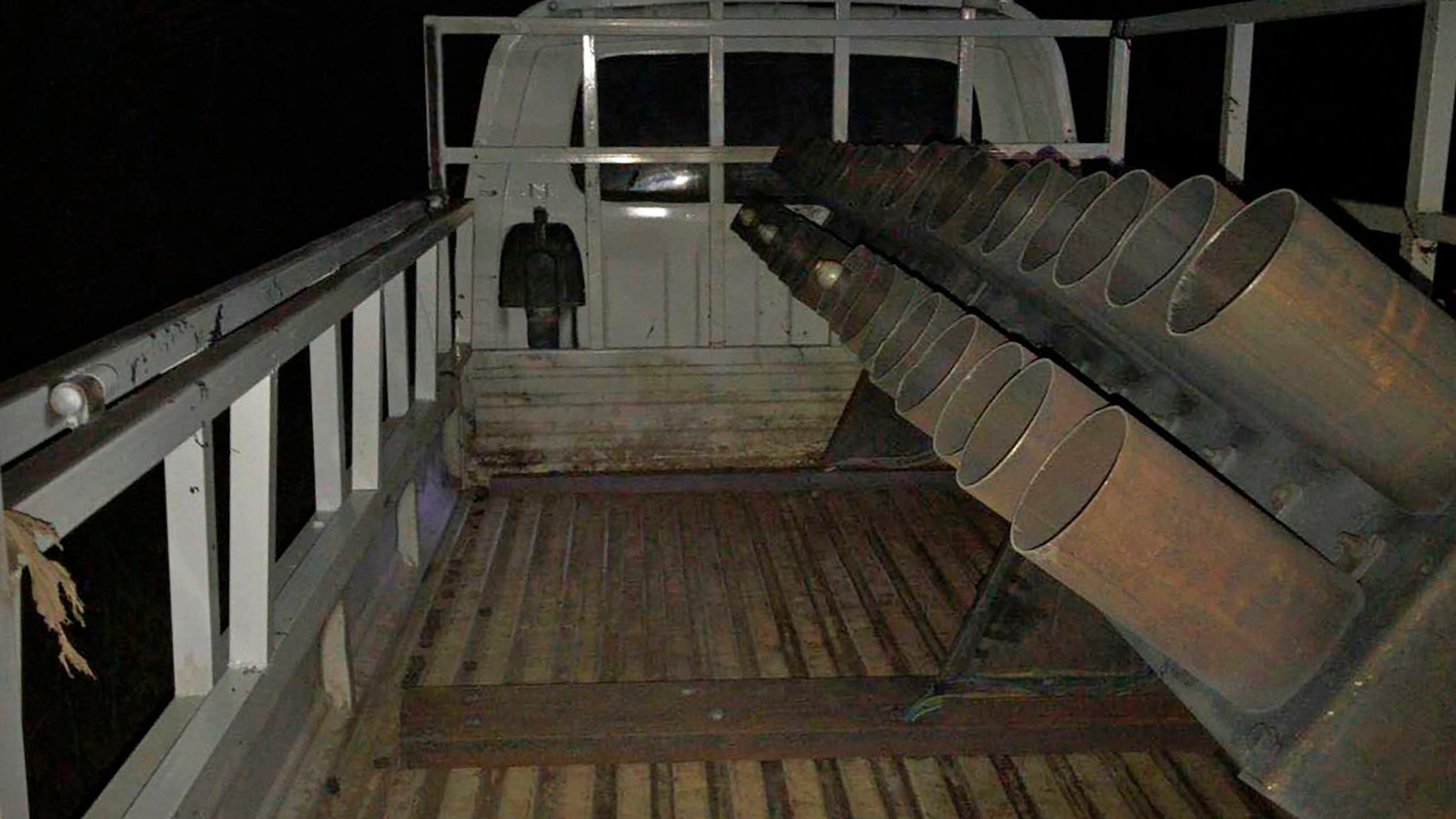 This photo released by the government-affiliated Media Security Cell on Thursday, March 12, 2020, shows a rocket-rigged truck launcher after a rocket attack on Camp Taji, a few miles north of Baghdad, in Rashidiya, Iraq. Iraq’s military on Thursday said it opened an investigation into the rocket attack that hours earlier killed three servicemen, including two Americans, at an Iraqi base housing coalition forces that have been used as a training base for a number of years. (Media Security Cell via AP)

There was no immediate word on casualties at Camp Taji, according to the officials, who spoke on condition of anonymity in line with regulations.

The officials said over a dozen rockets landed inside the base, some struck the coalition quarters while others fell on a runway used by Iraqi forces.

The attack was unusual because it occurred during the day. Previous assaults on military bases housing U.S. troops typically occurred overnight.

The earlier attack against Camp Taji on Wednesday prompted American airstrikes Friday against what U.S. officials said were mainly weapons facilities belonging to Kataib Hezbollah, the Iran-backed militia group believed to be responsible.

Iran-backed Shiite militia groups vowed to exact revenge for Friday’s U.S. strikes, signaling another cycle of tit-for-tat violence between Washington and Tehran that could play out inside Iraq.

Wednesday’s attack on Camp Taji was the deadliest to target U.S. troops in Iraq since a late December rocket attack on an Iraqi base. That attack killed a U.S. contractor and set in motion a series of attacks that brought Iraq to the brink of war.

After the contractor was killed, American airstrikes targeting the Kataib Hezbollah led to protests at the U.S. Embassy in Baghdad.

A U.S. drone strike in Baghdad then killed Iranian Gen. Qassem Soleimani, a top commander responsible for expeditionary operations across the wider Mideast. Iran struck back with a ballistic missile attack on U.S. forces in Iraq, the Islamic Republic’s most direct assault on America since the 1979 seizing of the U.S. Embassy in Tehran.

The U.S. and Iran stepped back from further attacks after the Soleimani incident. A senior U.S. official said in late January, when U.S.-Iran tensions had cooled, that the killing of Americans constituted a red line that could spark more violence.