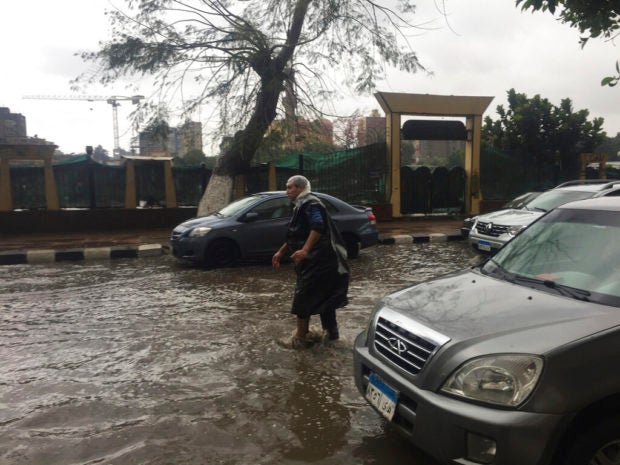 CAIRO — Thunderstorms and flooding around Egypt entered a second day Friday, interrupting daily life in much of the country, including the capital Cairo, as the death toll rose to 21, authorities said.

Most of the victims were in rural areas and slums. At least six children died either from electrocution or when their houses collapsed on them.

Since the rains hit late Wednesday and early Thursday, social media has been inundated with images and video showing flooded roads and villages as well as water-filled apartments in some of Cairo’s richest neighborhoods.

To minimize the impact of bad weather, the government closed down schools and suspended work in businesses and government offices after forecasters warned of heavy rains and flooding across much of the country through Saturday.

Late on Thursday, Cairo’s Water Authority announced it had suspended water service to the entire megacity because heavy rain had overwhelmed the vast sewage system. By Friday morning water had returned to some parts of the city.

The floods forced the country’s railway authorities to suspend train service nationwide. Power outages were also reported in several parts of the country, including parts of Cairo.