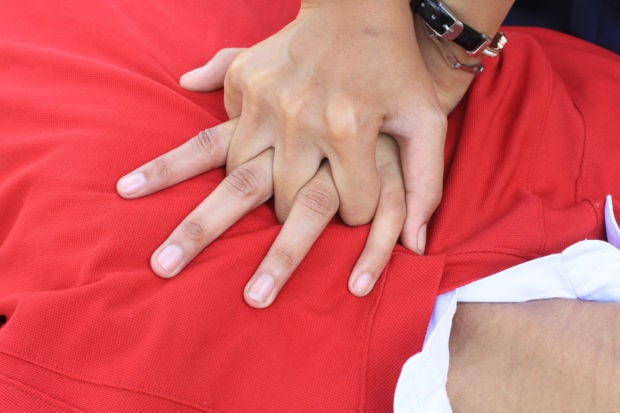 A woman from Perth, Australia, was giving an elderly man CPR on the side of the road when a thief stole her iPad from her car.

Thirty-year-old Latara Ogle was driving through the Warnbro suburb on Wednesday when she spotted a woman waving down vehicles passing by, as per WAtoday on March 12. Ogle pulled over to see what was wrong and discovered an elderly man who had stopped breathing.

“She looked quite distressed so I pulled over to see what the problem was and found an elderly gentleman with heart problems,” Ogle was quoted as saying. “He had stopped breathing… He had no pulse.”

Ogle, who is fully trained in CPR due to her 3-year-old daughter’s medical condition, began to revive the elderly man, as per the report. She then asked a bystander to get her resuscitation mask from her car’s glove box, but the man apparently did not return so she asked another person to get it for her.

“I was not really thinking—it was quite a hectic scene,” she said.

The elderly man was able to breathe again, thanks to Ogle’s help. She then returned to her car to drive back home, unaware that her iPad had been stolen.

“I was a bit frazzled,” she added.

Ogle only realized her iPad was gone when she arrived home and discovered it was not on the passenger seat. She is currently studying health sciences and said her iPad contained photos of her three children as well as her thesis. Unfortunately, her most recent edits on her thesis—which she worked on for the past two weeks—were not backed up.

She was also not able to get a good description of the perpetrator, as per the report, due to being caught up in the heat of the moment. Now, she just wants the return of her iPad.

“It’s disabled, it’s no use to them. They can contact me, contact a police station or just tell me the location, I won’t take it any further,” she said. “In all honesty — I didn’t think someone would do this.” Cody Cepeda /ra