Gatchalian: There are foreign workers holding key posts in NGCP 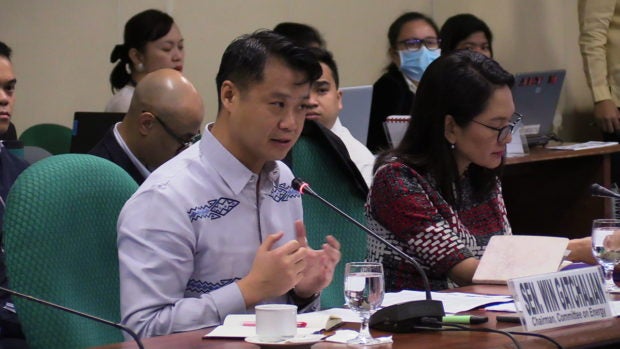 MANILA, Philippines — The National Grid Corporation of the Philippines (NGCP) has a total of 35 foreign employees, 11 of them supposedly working at the management level, according to Senator Sherwin Gatchalian who is investigating the reported hiring of foreign nationals holding key positions in the power corporation.

Speaking with reporters moments after he suspended his hearing into the operations of the NGCP, Gatchalian disclosed that his office was able to obtain records which showed foreign nationals have worked in the said firm.

(These people run the electricity grid. That means, they can shut it off, they can turn it on. Threats are not only coming from other countries but internally, in the NGCP, it can be controlled so that’s dangerous).

Gatchalian, chair of the Senate energy committee, suspended the continuation of his inquiry after NGCP’s president failed to appear due to health concerns.

(This would have been the second hearing where we planned to tackle national security and allegations that there are foreigners holding positions in the NGCP).

Senators already flagged NGCP for allowing a Chinese national previously hold the second-highest position in the company, which they believe was a clear violation of the Constitution.

This after Gatchalian’s committee found out in its first hearing early February that a certain Wen Bo had signed contracts as chief technical officer of the NGCP.

NGCP president Anthony Almeda told senators then that Wen Bo only acted as a consultant for the company.

Meanwhle, in a roundtable interview with the Inquirer days after that hearing, NGCP assistant corporate secretary Ronald Concepcion said that since 2015, “there are now only four Chinese (nationals) who sit on the board. But only three of them are staying in the country in ‘advisory capacity.’”

This was affirmed by NGCP spokesperson Cynthia Alabanza in a separate interview with reporters on Tuesday.

“Like we’ve always maintained, right now,…there are four directors in total, proportionate to their investments in NGCP, three of them are in the Philippines,” she said.

She pointed out that the presence of a foreign technical partner was a requirement under the Electric Power Industry Reform Act (EPIRA).

(We just followed that. So, there really are advisers and consultants present in NGCP but a few years after we saw that the technology transfer had been enough, three directors are left).

(It was really for the purpose of transfer of technology because at the time, there’s only one transmission grid, so if we will reach out to someone who knows the transmission business, we can’t find it here in the Philippines. We need to find someone abroad).

Asked about Gatchalian’s claims said that there are supposedly 35 foreign employees in the NGCP, Alabanza said: “I don’t have the numbers with me but merong empleyado talaga, pero lahat sila advisers.”

(I don’t have the numbers with me but there are employees, all of them are advisers).

There had been mounting fears that NGCP is being controlled and operated by China through the State Grid Corporation of China (SGCC), which has 40% stake in the company.

But NGCP had assured that there is “no proverbial red button” that could shut off the country’s power grid and that there are existing protocols to prevent “unsupervised remote access” to it.