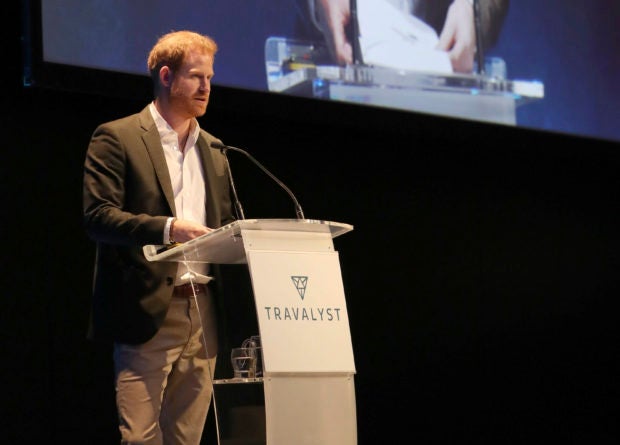 The British prince who is preparing to step back from royal duties would normally be referred to as sir or his royal highness. But as he was introduced to speak about sustainable tourism at an event in Scotland on Wednesday, the Duke of Sussex said the formality no longer was necessary.

“He’s made it clear that we are all just to call him Harry,’’ conference host Ayesha Hazarika said. “So ladies and gentlemen, please give a big, warm Scottish welcome to Harry.”

The request reflected the seismic shift underway in the British monarchy.

Prince Harry and his wife, Meghan, say they will walk away from most royal duties starting March 31, give up public funding and try to become financially independent. The couple, who were named the Duke and Duchess of Sussex on their wedding day, have also abandoned plans to use the “SussexRoyal” brand because of United Kingdom rules governing the use of the word “royal.”

Harry spoke at an event for Travalyst, a coalition he founded along with companies such as Booking.com, Skyscanner, Tripadvisor, Trip.com and Visa. The conference in Scotland was a discussion of sustainability in travel, including creating an online scoring system to rate the eco-friendliness of different flights, accommodations and vacation experiences.

Harry warned that the growth of tourism is damaging some of the world’s most cherished sites.

“If we do not act and in a large part get ahead of the inevitable surge, this massive increase will mean risking more of the world’s most beautiful destinations closed or destroyed, more communities becoming overwhelmed, more beaches shut because of pollution, and animals and wildlife driven from their natural habitat – which has a huge impact on communities and reduces tourism opportunities,” he said. IB /ra