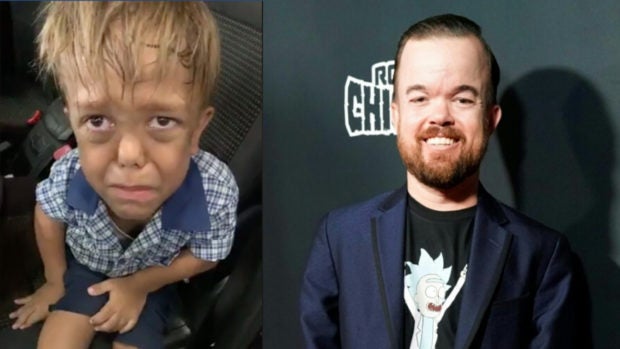 An Australian boy with dwarfism whose distress from bullying became a viral video will donate hundreds of thousands of dollars to charity rather than spend it on a trip to Disneyland.

The clip of nine-year-old Quaden Bayles showed him crying and repeatedly saying he wanted to die after being bullied at school, sparking an outpouring of support from around the world.

Although the funds were meant to send Bayles and his mom to Disneyland, his aunt told Australia’s NITV News that the money would be used for charities instead.

“What kid wouldn’t want to go to Disneyland, especially if you have lived Quaden’s life. To escape to anywhere that is fun that doesn’t remind him of his day to day challenges,” she was quoted as saying.

“But my sister said ‘you know what, let’s get back to the real issue’. This little fella has been bullied. How many suicides, black or white, in our society have happened due to bullying.”

“We want the money to go to community organizations that really need it. They know what the money should be spent on. So as much as we want to go to Disneyland, I think our community would far off benefit from that.”

Australian actor Hugh Jackman and NBA player Enes Kanter were among the hundreds of thousands posting support for Bayles. CL/NVG

Read Next
Call me Harry: Prince eschews royal label in Scotland speech
EDITORS' PICK
Geek out at TOYCON 2022 powered by Smart Signature
Unemployment rate up to 6% in May
Bye bye Boris: UK PM Johnson bows out with regrets but no apologies
House energy committee chair Arroyo bats for cheap electricity
High inflation: Your P1 is now worth only 87 centavos
High-risk pregnancy: Reducing your risk is in your hands
MOST READ
Suspect in grisly killing of missing woman in Bulacan arrested
Kim Atienza’s daughter flaunts bikini body in response to critics of her ‘revealing photos’
Bongbong Marcos’ first order: Abolish PACC, Office of Cabinet Secretary
Ex-Defense chief Lorenzana is the new BCDA chair
Don't miss out on the latest news and information.