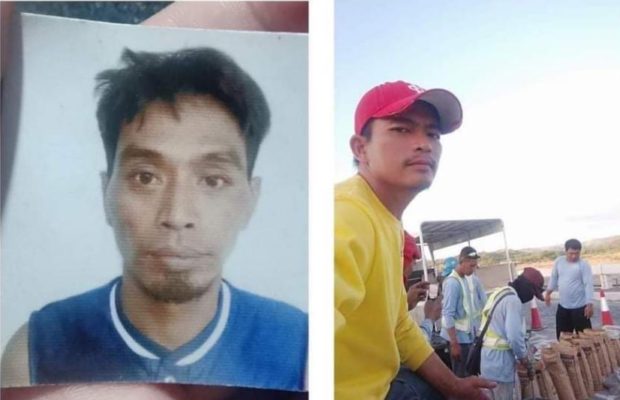 The Philippine Navy in Northern Luzon launches a search and rescue operation for two fishermen who have been missing in Ilocos Norte since Tuesday, Feb. 24/NFNL Photo

MANILA, Philippines — The Philippine Navy in Northern Luzon has launched a search and rescue operation for two fishermen who have been missing in Ilocos Norte since Tuesday.

The two fishermen were expected to come home an hour after they left at 4 a.m. on Tuesday.

Quintos’ wife said that based on her last phone call with her husband, the wooden motorboat that was used by the fishermen was “totally cut into pieces” after it encountered 10 foot high waves.

Shortly after they were alerted about the incident, NFNL commander Commo. Caesar Bernard Valencia ordered Naval Task Force 11 to dispatch air and naval assets in the area where the fishermen were last spotted.

“We the forces of Navy from the North are here to give assistance to the missing fishermen from Ilocos Norte just like the support that we have to the missing and recovered fisherfolk from Zambales, Pangasinan and La Union,” he said.