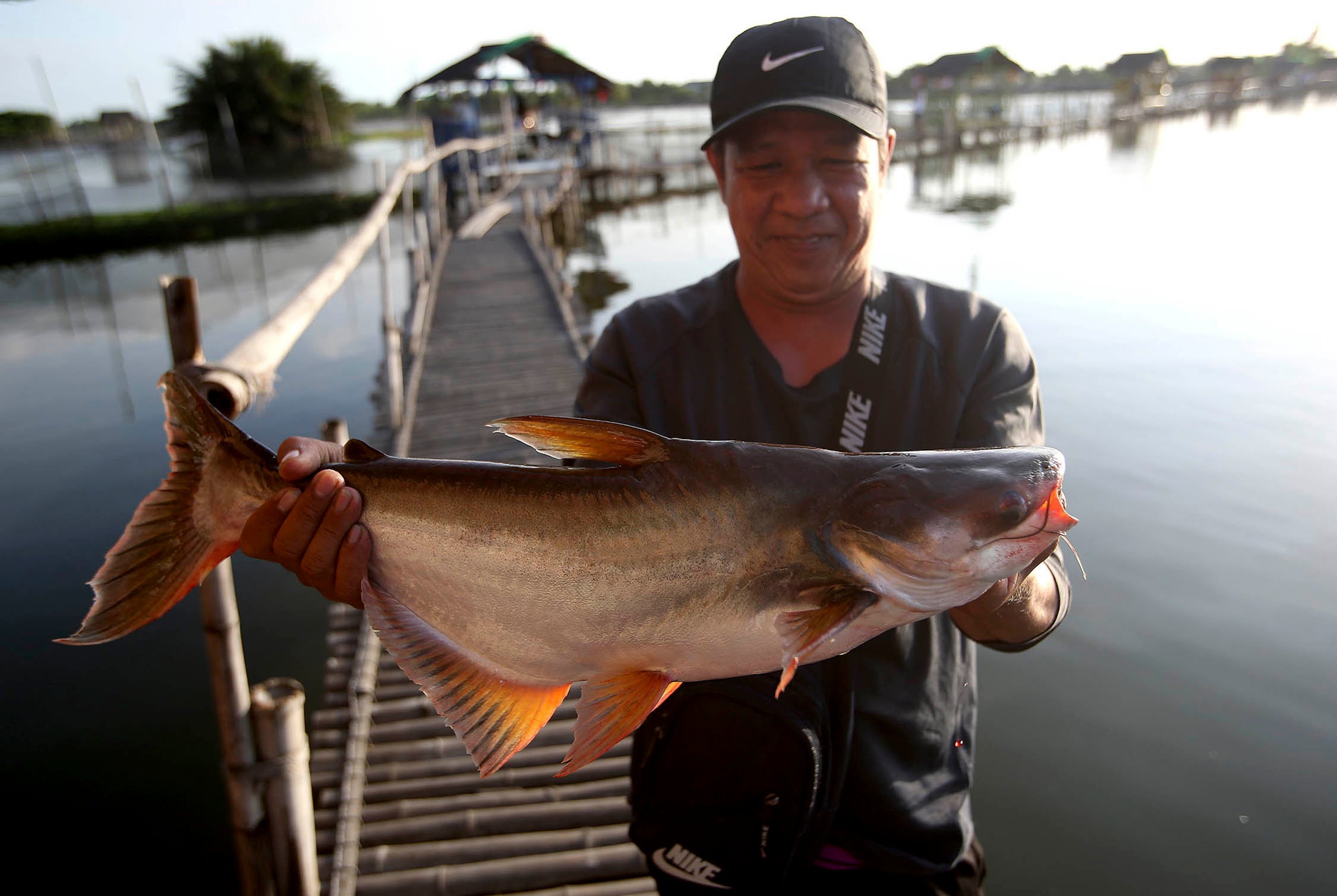 CATCH OF THE DAY Alvin Calilan, 41, who came all the way from Novaliches, Quezon City, shows the 3-kilogram cream dory he caught. —PHOTOS BY RICHARD A. REYES

MANILA, Philippines — Even though Elmar Cruz had been fishing for 28 years in Manila Bay to feed his family of six, he did not think twice about waking up before sunrise on his rest day to go to the unveiling of Valenzuela City’s “best kept secret.”

The 46-year-old fisherman was among the first who showed up for the official launching of the Tagalag Fishing Village on Feb. 15, where people could experience catching different types of fish from ponds, without having to leave Metro Manila.

“We also join fishing competitions, but I don’t really mind if I don’t win. All that matters to me is that I get to do what I love the most,” Cruz told the Inquirer.

Before lunch time, he, along with his siblings and “kumpare” Buddy Rolloque, had caught at least five cream dories weighing around 4 kilograms each at the D Cove Pavilion and Fishing Ground.

The establishment, one of the 22 fishing sites dotting the 1.3-kilometer-long Tagalag Road in Barangay Tagalag where the fishing village is located, had waived the P60 entrance fee for the special occasion. The only charge that visitors like Cruz had to pay for that day was for their catch. 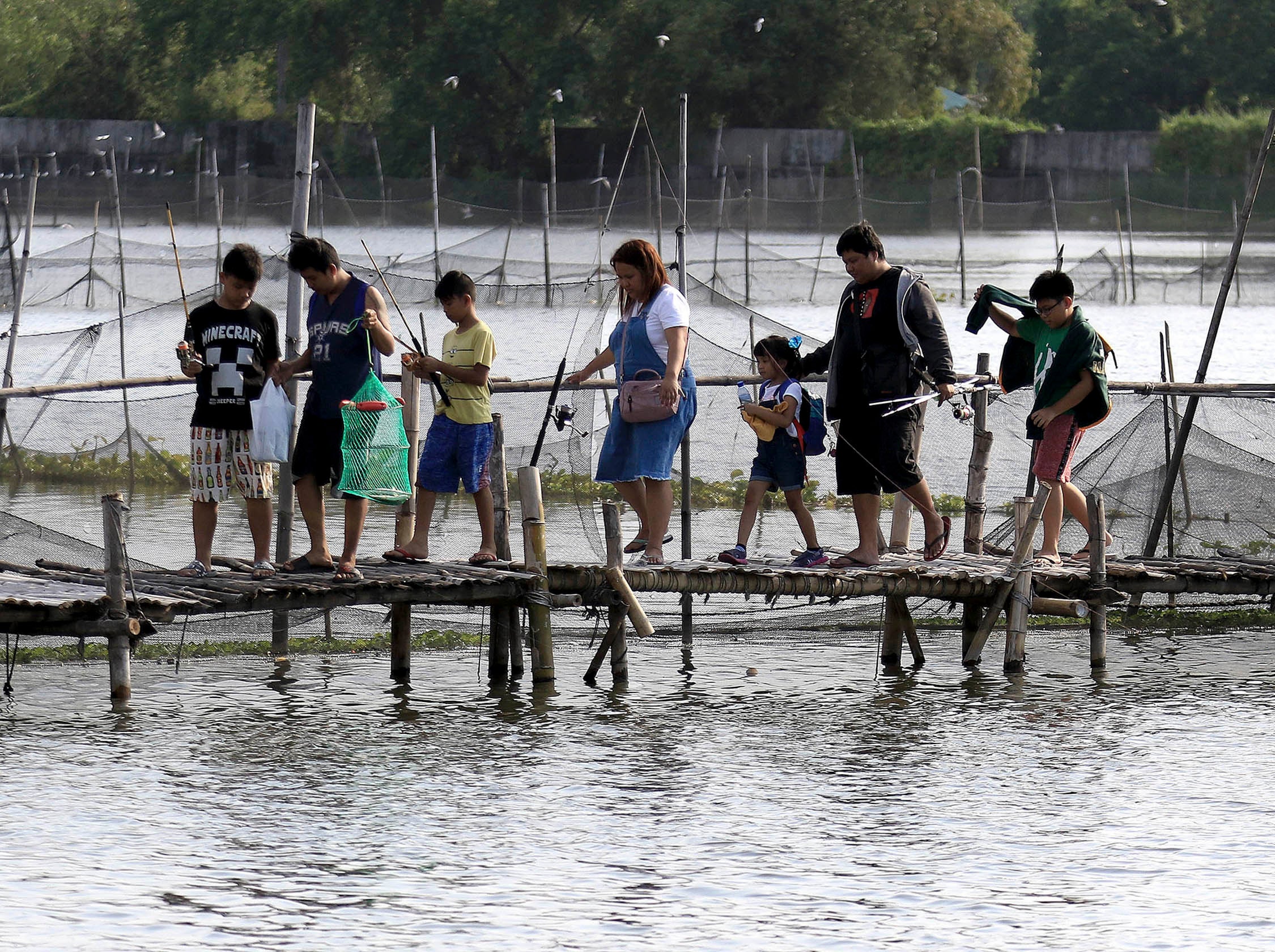 CROWD DRAWER The opening of the fishing village is expected to draw more visitors.

According to the Valenzuela Cultural and Tourism Development Office (Catdo), the standard rate is based on the type and weight of the fish caught.

A kilo of tilapia costs P70 while cream dory or “bangus” (milkfish) go for P120 per kilo.

The barangay of Tagalag — a combination of the Tagalog words “taga” (belonging) and “alog” (a pool of water one can stand in) — is located near the Polo River and Barangay Wawang Pulo, the border between the city and Bulacan province.

According to Jonathan Balsamo, Catdo chief, the body of water that now hosts fishponds used to be a rice field until strong rains dumped by a typhoon in the 1970s left it underwater.

When the floods did not subside, Tagalag eventually became a fishing site, attracting fish from the neighboring Polo, Meycauayan and Colong rivers.

King Urieta, who oversaw the launching as Valenzuela park events head, told the Inquirer that the transformation of the area into an ecotourism attraction was spearheaded by the local government with the help of the Department of Tourism (DOT).

It was a project 10 years in the making with  Catdo representatives and barangay officials working tirelessly to get the cooperation of residents and owners of fishponds and other establishments. 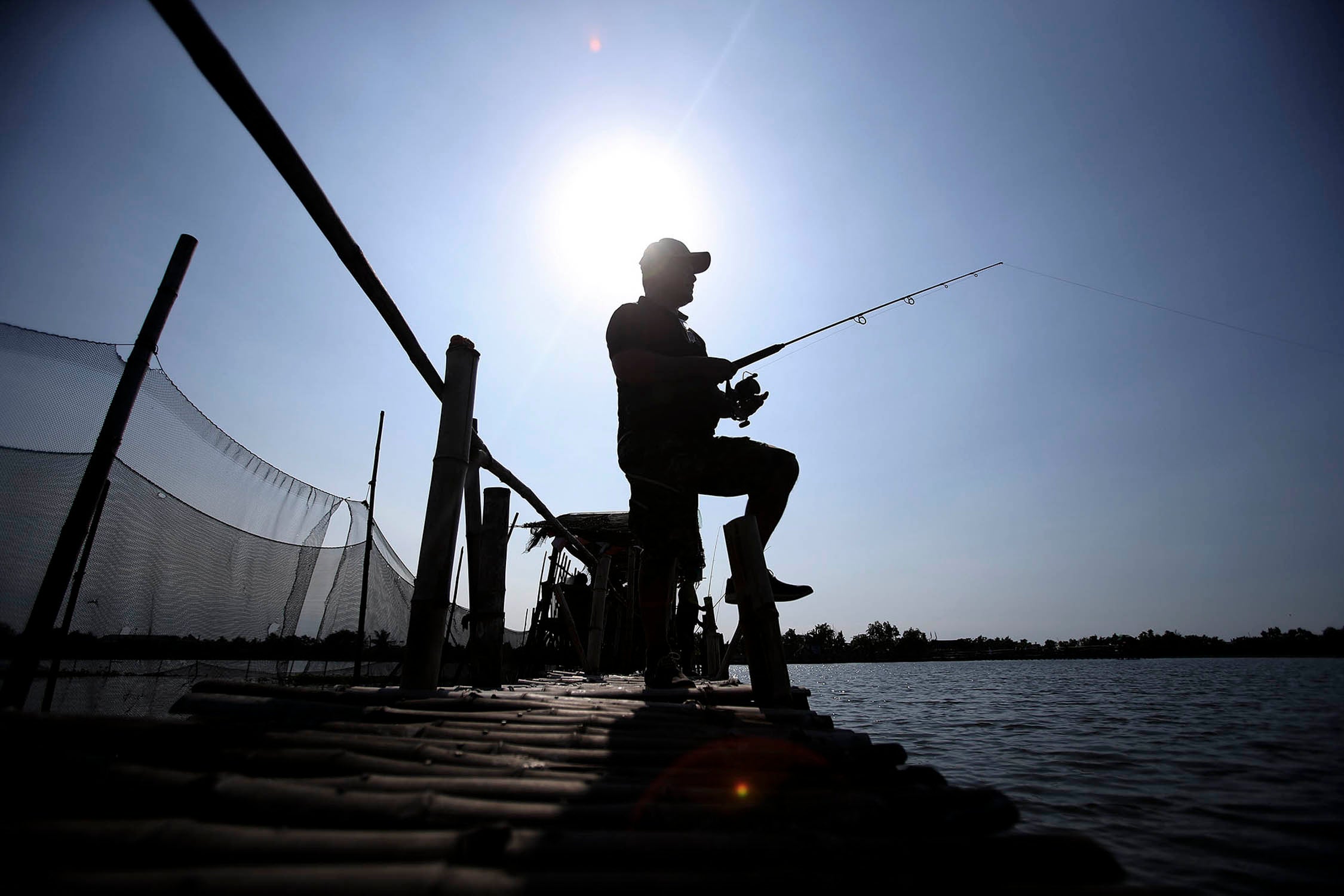 FISH-ALL-YOU-WANT The P60 entrance fee comes with the free use of a bamboo fishing rod although enthusiasts are welcome to bring their own gear. Bread may be used as bait.

“With a project this big, we had to get the support of the private sector and change the minds of residents who were convinced that they were satisfied with the way they were living,” Urieta said.

Bernard Mendoza, the owner of D Cove, was one of those who saw the advantages of developing the area.

From a handful of visitors, he said that he now gets as many as 30 guests a day, especially on Sundays.

“We’ve been here for years and with the opening of [the fishing village], we expect more customers to come,” he said.

“Who would have thought that it would take just a jeepney ride and a short tricycle trip to reach a place tucked into one of the corners of Metro Manila? You don’t even have to endure traffic and go all the way to the province just for the experience,” Urieta said.

Aside from “pamamansing” or fishing, guests can enjoy the breathtaking sunset at Tagalag Minipark, which features a Visitors’ Center and the “Spirit of Brotherhood”  metal sculpture of veteran artist Nixxio Castrillo.

Just a few paces down the road is the 17-hectare Solar Farm that offers a tour of the facility which boasts thousands of solar panels that can generate up to 20.69 megawatts of electricity.

But what draws local fishermen such as Cruz and Rolloque to the fishing village are the wide open  fishponds with floating nipa huts where they can enjoy each other’s company and compare their catch while breathing in fresh air.

“When you feel a big catch biting on the rod, you won’t feel the heat at all. When you have food for your table, nothing else really matters,” Cruz said.