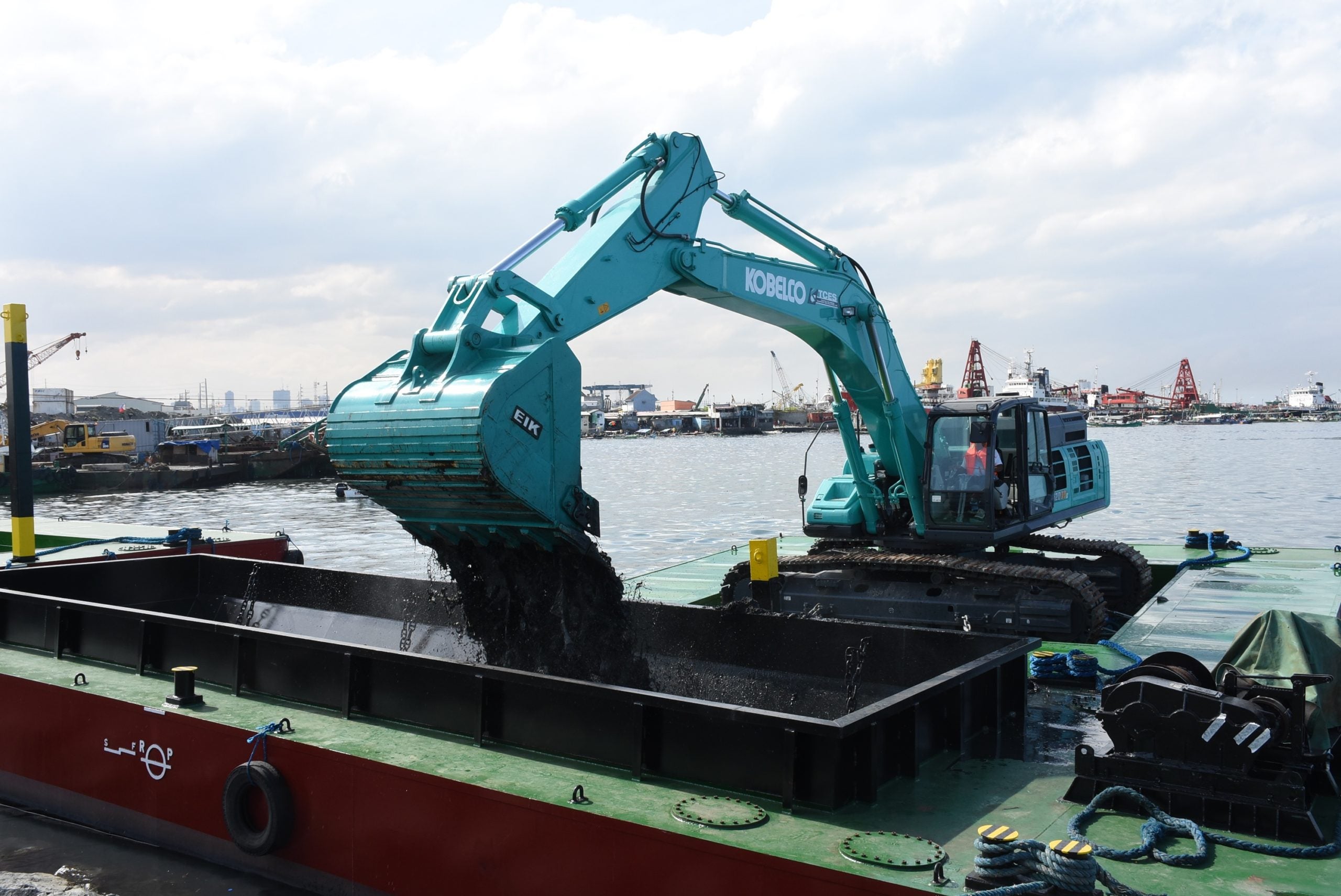 DIGGING UP The Tullahan River dredging and expansion project, which began on Sunday, is expected to clean the clogged waterway and prevent the perennial flooding in Bulacan province. —CONTRIBUTED PHOTO

SMC has committed to fund the project to clean the often-clogged waterway that feeds into the heavily polluted Manila Bay.

Officials of SMC and the Department of Environment and Natural Resources (DENR) inaugurated the project that they said would also boost the ongoing rehabilitation of Manila Bay.

Bulacan villagers expressed fears that the land development project for the airport in a 2,372-hectare of idle fishponds in Bulakan town would worsen flooding in the area during high tide. The site of the planned airport is 5 kilometers from Tullahan River.

“The airport, envisioned as the country’s largest and most modern, is being framed by [some] as a potential source of flooding in the province,” Ang said.

Environmental risksBut he said the part of preparatory work for the airport was hiring expert foreign consultants to study the flooding situation in Bulacan.

“One hundred percent, this [airport] project will not worsen flooding in Bulacan, it will actually solve it. In the first place, foreign banks will not lend money for such major projects if they are not assured that you have addressed all environmental risks,” Ang said.

He said SMC had already identified the rivers, creeks, tributaries and bodies of water that needed to be cleaned, deepened, widened and improved, to address flooding in the province.