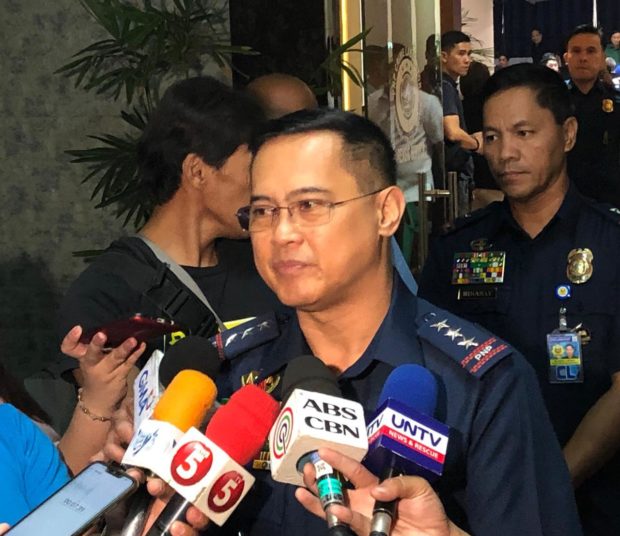 BAGUIO CITY, Philippines — The public only “misinterpreted” the police profiling of LGBT members in Makati City and the listing of Muslim students in Metro Manila schools.

Philippine National Police chief Gen. Archie Gamboa said on Saturday that there was only a misinterpretation on the intention of the said operations as the public nowadays are “oversensitive on a lot of things.”

He issued a reminder to police officers to be very careful in their operations.

“I will be reminding my units to be very careful. A lot of people are now oversensitive on a lot of things, maybe as a result of the exercise of freedom guaranteed by the Constitution so everybody now is watchful,” Gamboa told reporters in an interview in Baguio City Police Office.

He added that the backlash gained by the police will serve as a “wake up call” to clearly state the purpose and intention of police operations so that there will be no other interpretation of any sincere initiative of the PNP.

“I think this is also a wake up call on the part of the PNP that when we issue or even when locals issue directives, it must be clearly stated and palaging ilagay sa isipan na walang magiging [always bear in mind that no more] misinterpretation,” the country’s top cop said.

(Look at what happened here, the intent was good but of course the projection became different, then a lot of sector tried to ride on the issue that is why everything got muddled.)

Gamboa assured that the PNP will always be observant of the rights guaranteed under the 1987 Constitution.

He earlier advised the public to be “more circumspect” in their interpretation of police operations and “not be swayed by disinformation spun by those with ulterior motives.”

Members of the LGBT community earlier lashed out at the PNP after one transgender woman was stopped by police from Makati City and asked to come to the police station for profiling purposes.

Likewise, a leaked police memorandum ordering the listing of names of Muslim students in Metro Manila’s high schools, colleges, and universities also drew the ire of the public.

While the National Capital Region Police Office clarified that the initiative is not for profiling but to update on the statistics of Muslim students for the Salaam Police Center, the agency’s chief Maj. Gen. Debold Sinas has ordered the recall of the memorandum.

Gamboa has also expressed support on the said initiative as this aims to “reach out to the Muslim youth sector” and “facilitate better understanding of the uniqueness and complexities of different belief systems.”

For its part, Makati City police chief Col. Rogelio Simon explained that the profiling operations were not targeting members of the LGBT community but instead aimed to rescue victims of human trafficking, which they have been conducting as early as October last year.

He has also ordered the relief of the two police officers involved in the incident for conducting the operation wrongly.