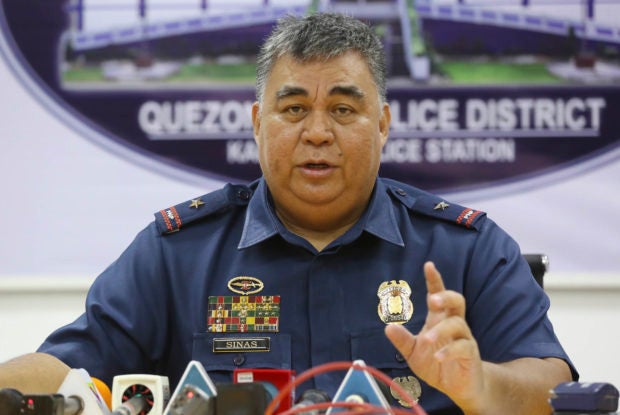 In a memorandum signed by Police Maj. Michael Garcia dated January 31, 2020, a police station was ordered to submit an “updated list of Muslim Students in High School, Colleges, and Universities” as part of “the strengthening of peacebuilding and counter violent extremism.”

Sinas said the NCRPO will ask the Directorate for Police Community Relations “to reconsider their directive.”

He will also order the Manila Police District’s Salaam Police to meet with Muslim student leaders in the city “to accomplish the projects and activities for the Muslim community.

The NCRPO earlier explained that the listing of Muslim students is not for profiling but for statistics of Salaam Police Center to “conduct interventions and programs in strengthening Salaam Police in partnership with the community.”

“We will make the representation to Directorate for Police Community Relations to reconsider their directive,” Sinas said in a statement on Friday.

Philippine National Police (PNP) chief Gen. Archie Gamboa has expressed support on the initiative of the NCRPO in “reaching out to the Muslim youth sector.”

He said that the initiative, in effect, is aimed at facilitating better understanding of the “uniqueness and complexities” of the different belief systems by “promoting healthy discussion and exchange of opinions.”

“Our goal is to facilitate dialogue with our Muslim brothers and sisters, so that we can thresh out problems related to peace and order,” Gamboa said in a separate statement.

The country’s top cop then urged the public to be “more circumspect” in their interpretation of the initiative and “not be swayed by disinformation spun by those with ulterior motives.”

“General Sinas and I are both from Mindanao, as well as a good number of our PNP generals. We know better in getting along with our Muslim brothers than those who are good only at uneducated speculation,” he said.