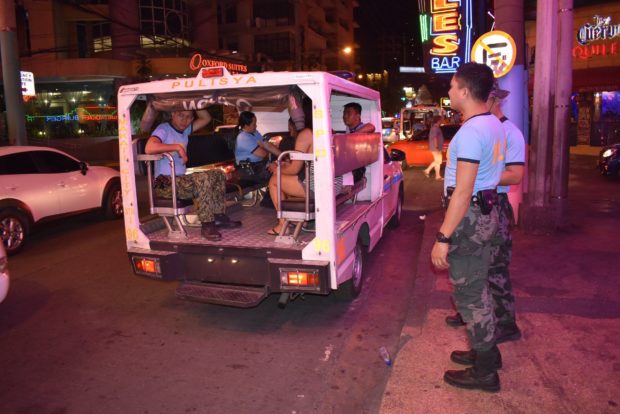 MANILA, Philippines — The Commission on Human Rights (CHR) has started investigating “Oplan X-Men,” the Makati police’s alleged profiling of transgender women, to save them from “exploitation and human trafficking.”

CHR spokesperson Jacqueline de Guia said they were alerted to the intensified operation by a video showing Makati lawmen picking a transwoman at random and asking her to come with them to the police station.

According to De Guia, while the CHR recognizes incidents in which the police may “invite” individuals to their headquarters, the public should exercise caution, as these may be used to effect warrantless arrests.

“This recent incident further highlights the violence and harassment experienced every day by the LGBTQI community because of their sexual orientation and gender identity,” she said.

The incident, De Guia added, further stressed the need to pass the Sogie Equality Bill to penalize all forms of discrimination.

The proposed bill on sexual orientation, and gender identity and expression continues to languish in Congress, despite strong support from several lawmakers and advocates.

The transwoman in the video, Anne Pelos, said in a post on social media that she and her coworkers were walking on Makati Avenue on Feb. 14, when she was stopped by police officers who wanted her to come with them to their headquarters.

Asked why, one of the lawmen could only say that they had been instructed to bring in transgenders “for profiling.”

The video taken by Pelos’ friend quickly went viral after being shared by angry members of the LGBTQI community.

“I have an honest and decent job,” said Pelos, an employee of a business process outsourcing company. “If only the police officer had clearly explained to me why I needed to be brought to the precinct, I would gladly have gone with them.”

“You should not just judge all transpeople and drag them to the police precinct,” she pointed out.

Pelos surmised that she was targeted because she was wearing a white tube dress, commonly worn by transgender women working at the red light district in Poblacion, particularly the area in the triangle formed by P. Burgos Street, Makati Avenue and Kalayaan Avenue.

Another transgender woman, however, was not so lucky as she and her date ended up at a police station where they were both asked to fill out forms listing their personal information.

“[My date] kept on asking the police why they were [apprehending] us, explaining to them that I was his date and [I am not a prostitute],” she shared in a blog on Jan. 24.

“But the police just kept on telling us to come with them to the police station and settle everything because it was an order,” she added.

Their mug shots were also taken, with both holding a white cardboard “with nothing but just a random number.”

The Inquirer tried to reach the Makati police spokesperson, Maj. Gideon Ines, for comment but at press time, he had yet to respond.

On its Facebook page, the Makati police’s Station Community Affairs and Development Section reported that on Jan. 22, it conducted a profiling of illegal settlers inside the Manila South Cemetery followed by Oplan X-Men.

It explained that Oplan X-Men was an “intensified operation that aims to rescue ladyboys (transwomen) from exploitation and human trafficking in ill-repute areas.”

A total of 67 individuals were invited to the police station for profiling and released the following day. The police, however, did not say how many were informal settlers or transpeople.

Police sources said that transgender workers in the Poblacion area had become a source of headache. Several had been accused of crimes, particularly robbing their foreign customers.

The Makati City government, however, strictly prohibits discrimination. The General and Development Code passed in 2006 bans gender bias or discrimination (any act or omission undermining or tending to degrade or impose superiority over a sex or gender) and gender-related violence (violence resulting in physical, sexual or psychological harm or suffering, including threats of such act, coercion or arbitrary deprivation of liberty) in the city, including in any home, school, workplace or community.