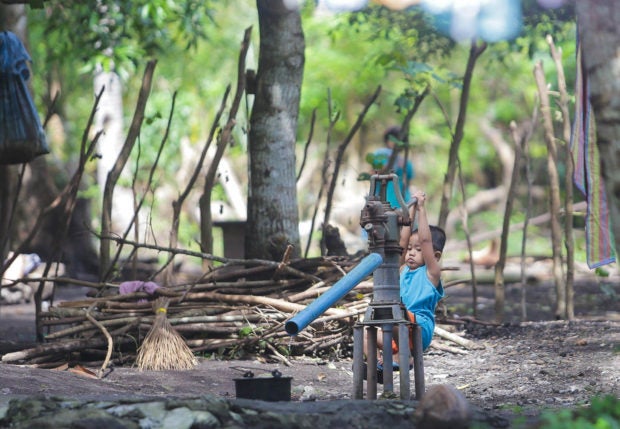 PRECIOUS DROP A boy fetches water from a community deep well in the village of Bogña in Legazpi City. Officials of the Albay provincial capital have declared a water crisis in the city due to supply shortage. —MARK ALVIC ESPLANA

LEGAZPI CITY—In Victory Village South here, residents lose sleep as they wait for midnight to save every droplet coming out of their faucets for next day’s consumption.

“Others also need to wake up as early as 3 a.m. to start doing their laundry, but you need to finish it before 6 a.m., before supply runs out,” village chief Joie Bahoy said. More than 200 households in two zones in his coastal village have been enduring with the limited supply and low water pressure.

In January, Bahoy wrote the Legazpi City Water District (LCWD) to complain about the low pressure and dirty water from their taps.

“Sometimes, I wanted to request a creamer from them to add to the coffee-like water from our faucet. Most of us had no choice but to buy purified water from refilling stations for P35 [per container],” Bahoy said.

Jess Barizo, the LCWD chair, said the water district’s board passed a resolution declaring water crisis in the city in November last year.

The resolution acknowledged the problem on water sources and the quality of supply delivered to households and businesses. It said there was a need for immediate measures to mitigate or avert a prolonged water shortage and ensure the sustainability of clean and safe water supply.

Barizo said the LCWD resolution was the basis of the city council’s decision in December last year declaring a water crisis in Legazpi.

“There are things that we cannot do alone, such as imposing penalties or sanctions, so we need the help of the city government,” Barizo said.

The LCWD report said the water quality and supply shortage problems were caused by human activities such as washing clothes and bathing at the water source in the villages of Buyuan, Matanag and Bogña. 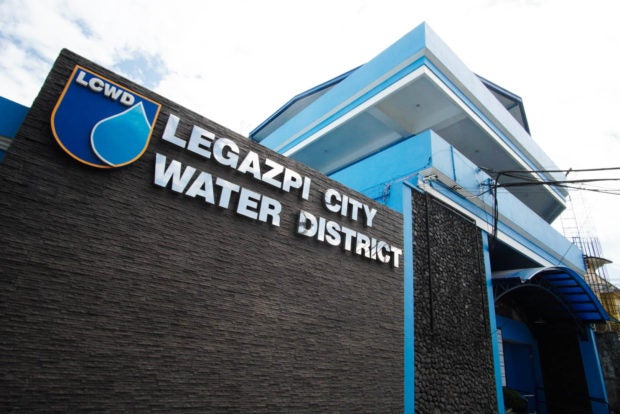 COMPLAINTS Residents of Legazpi City are complaining about the quality of the limited water supply from the Legazpi City Water District (LCWD). Officials of the LCWD have sought the assistance of the city government in dealing with the crisis. MARK ALVIC ESPLANA

There were also reports of quarrying activities, unregulated groundwater extraction and soil erosion in Pawa Creek and Yawa River where bulk water is sourced, said Legazpi Councilor Jose Alfonso Barizo, chair of the city council’s committee on public utilities. The city’s current water sources are located at the foot of Mayon Volcano, making these prone to hazards due to volcanic activity.

According to the LCWD’s Barizo, Philippine Hydro Inc. (PhilHydro), which supplies the LCWD, gets water from rivers that are susceptible to changing conditions typical of surface water sources. PhilHydro, Councilor Barizo said, does not have the technology to filter or purify raw water.

Mayor Noel Rosal said the declaration of a water crisis in the city was a call for other interested players to provide Legazpi the gap in its potable water requirement.

Rosal said PhilHydro was commissioned by the LCWD as bulk water provider by supplying 25,000 subscribers with 32 million liters of potable water daily. However, due to PhilHydro’s inability to find other water sources, the company could only supply the city with 10 million liters a day.

The LCWD is paying PhilHydro an average of P7.7 million a month.

On the recommendation of Rosal and the city council, LCWD has put on hold for eight months the P62-million payment for PhilHydro.