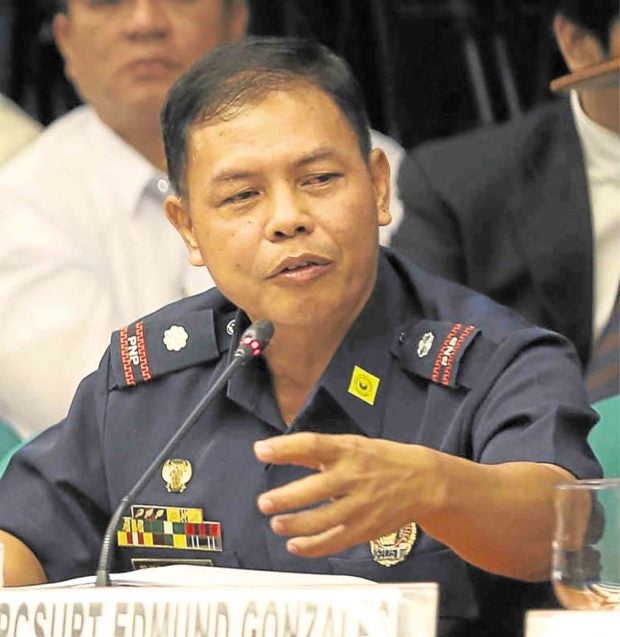 Gamboa said he issued a gag order, or a directive to restrict information from being made public, to the 356 police officers included in the government’s drug watchlist. He added, though, that this was a “general instruction.”

But moments before Gamboa entertained an interview with reporters at Camp Crame, Espenido held a press conference at the Bacolod City Police Office, denying his involvement in the drug trade and citing big-time anti-drug operations he launched and masterminded.

Asked in a chance interview if this can be considered insubordination, Gamboa said: “Not yet, that’s why he will be investigated.”

Asked further if it appears Espenido violated his directive, the PNP chief retorted: “That’s jumping into conclusion. Next question please.”

Aside from the press briefing, Espenido has also been entertaining interviews with the media on his inclusion in the controversial list.

When asked if he thinks Espenido should not have done this too, Gamboa remained mum and said: “No comment. I will deal with it internally.”

“Regarding Col. Espenido, leave it to us. It’s purely an internal issue. I will deal with Espenido squarely as the chief PNP and he being a member of the PNP,” he also said.

Espenido’s name hogged the headlines for the deaths of then-Mayor Rolando Espinosa of Albuera, Leyte, while serving search warrants in his detention cell in 2016, and then-Mayor Reynaldo Parojinog of Ozamiz City in a drug raid in 2017.

He was the police chief in these areas when the two local chief executives, tagged as “narco-politicians,” died in police operations. While he became controversial for these incidents, it also made him earn the praise of no less than President Rodrigo Duterte himself, who made the anti-drug campaign the centerpiece program of his administration.

Gamboa said the adjudication process for the 356 officers had already started. He plans to submit his recommendation on the fate of these police officers to Duterte on March 5 during a command conference with the Chief Executive and the Armed Forces of the Philippines.