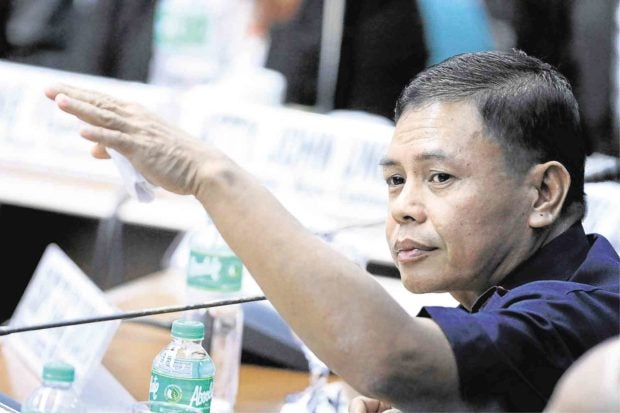 MANILA, Philippines — Lt. Col. Jovie Espenido, considered among President Rodrigo Duterte’s top enforcers in his drug war, suspects politicians to be behind his inclusion in the narcolist.

In a phone interview Monday night with the Inquirer, Espenido said: “Why is the PNP [Philippine National Police] treating me this way?”

He was apparently frustrated as he joined 355 other policemen set for validation by the national adjudication board in Camp Crame.

He pointed out that, seeing himself as a public servant, he had enforced the campaign against illegal drugs as ordered and undertaken it to the best of his abilities.

Finding himself in the narcolist was a shock to him and having to undergo another adjudication process, excruciating.

He pointed out that he sought the exclusion of his name from the narcolist in 2017, petitioning the PNP Directorate for Intelligence for the removal. He said there was already a resolution then.

According to Espenido, he felt hurt that the higher ranking police officers he toiled for in the war on drugs still doubted his character, proof of which is his name still being in the narcolist.

He did not discount the possibility that politicians — he did not say whether local or national — could have influenced the retention of his name on the narcolist.

Espenido maintained that he had never gotten involved in the narcotics trade, saying: “As a policeman I have always fought illegal drugs, moreso now that President Duterte declared war against it. Why would I now get involved in illegal drugs?”