Last month was hottest January on record, US scientists say 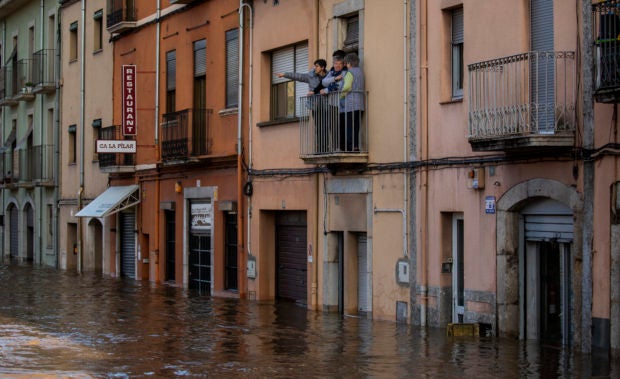 FILE – In this Thursday, Jan. 23, 2020 file photo, people stand on a balcony during flooding in Girona, Spain. A storm caused rivers to overflow and sea waters to inundate vast agricultural areas in eastern Spain. On Thursday, Feb. 13, 2020, scientists from the U.S. National Oceanic and Atmospheric Administration said the previous month was the hottest January on record since experts began keeping temperature tallies in 1880. (AP Photo/Emilio Morenatti)

The global average land and ocean surface temperature in January was 2.05 degrees Fahrenheit (1.14 degrees Celsius) above the average January temperatures for the 20th century, because of the changing climate, the National Oceanic and Atmospheric Administration said.

The hottest January after the second hottest year on record “is one of those indications that things are warming dramatically,” said University of Illinois climate scientist Don Wuebbles.