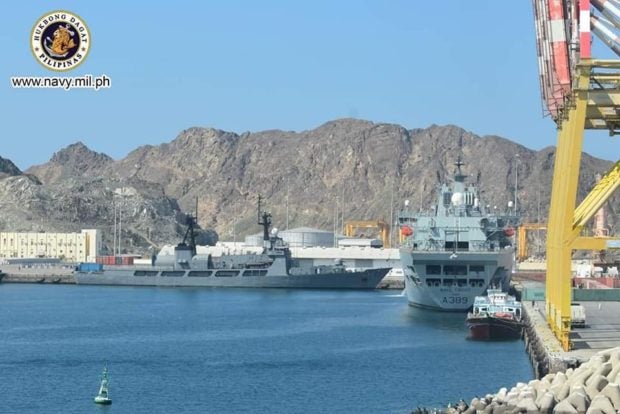 “The two navy vessels will serve as a sea-based platform for the government to process and facilitate the repatriation of displaced OFWs,” she said.

President Rodrigo Duterte is expected to lead a command conference to finalize the details of the repatriation.

The Philippine Navy contingent in Oman will join the meeting through a video conference.

Philippine Navy head of mission Col. Noel Beleran said “the troops are very happy and in high spirits since this event serves as another milestone for our Navy that we can already transcend across the deep waters of Indian Ocean or the Arabian Sea.”

Last month’s killing of top Iranian general Qasem Soleimani in a US drone strike in Baghdad has increased already heightened tensions between Washington and Tehran.

Tensions have lowered in the past weeks but Philippine government officials said they were concerned about the uncertainties of the developments.

The government is also working on evacuating Filipinos from Libya, where Alert Level 4 is in place.