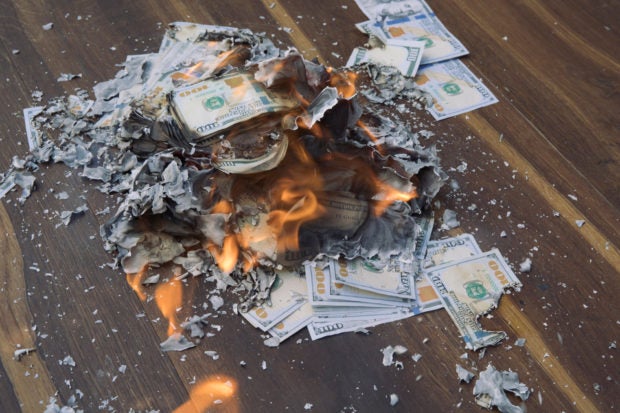 During a businessman’s divorce trial, the judge was unconvinced that the man burned over $1 million to avoid giving the money to his ex-wife.

Bruce McConville was being asked to file an affidavit about his finances, as said finances remain a mystery after he refused to give the court the necessary documents, Ottawa Citizen reported yesterday, Jan. 4.

A part of the accounted money being asked is the $1 million, which the failed mayoral candidate claimed he burned due to the frustrating divorce proceedings. According to the report, McConville also defied a court order preventing him from selling properties.

The 55-year-old man declared that he burned the cash in two bonfires, on Sept. 23 and Dec. 15 last year. McConville told superior court justice, Kevin Phillips, that he burned a total of $1,050,000 by withdrawing them in six bank accounts 25 times.

McConville also said that when he burned the money, he did not record the bonfire nor was there any person present to witness it.

The judge said he did not believe the businessman and thought that McConville was being dishonest.

As a result of his disobedience to the court order and the lack of evidence to support his claim, McConville has to serve 30 days in jail and pay several other penalties.

The judge imposed a fine of $2,000 per day (over 100,000 per day) on McConville, to be paid directly to his ex-wife. According to the report, the man has to pay for every day he does not comply with the court order to give his honest account of his finances and where the $1 million went. The judge also clarified that the fines are separate from his child and spousal support obligations.

The judge explained that he sent McConville to jail to emphasize that court orders must be obeyed. He made his ruling on Jan. 28 after being convinced that McConville “has very clearly and deliberately set out to thwart the court and the proper administration of justice.”

During the hearing, the judge also asked McConville if he thought about his child’s welfare when he allegedly burned the money.

Phillips was quoted as saying,“[Y]ou have set out to do damage to your children’s future by destroying, on purpose, the financial wherewithal that you had to provide for their best interests.” Cha Lino/JB

Read Next
Missionaries of Quiboloy’s KJC ‘traumatized’ by raids
EDITORS' PICK
IATF to LGUs: Issue ordinances vs attacks on frontliners, COVID-19 patients
10 Filipinos positive for COVID-19 in UK, 7 in Ireland — envoy
Quick chat with Nicole Andersson: ‘You really don’t need much to be happy’
Diokno to Duterte: OK to make fun of buck tooth, but focus on people’s needs first
Robredo spox thanks Duterte for defending VP’s efforts vs COVID-19
Nograles: Cabinet members to donate 75% of monthly salary to aid COVID-19 fight
MOST READ
Angelica Panganiban on endorsing Duterte in 2016: ‘Patawarin niyo ko’
PACC to NBI: Probe Robredo for ‘competing with national govt’ in fight vs COVID-19
PACC’s COVID-19 motto? ‘Lahat ng tutulong, ikukulong’ — Lacson
5 Filipinos on Forbes Asia’s “30 Under 30” roster
Don't miss out on the latest news and information.