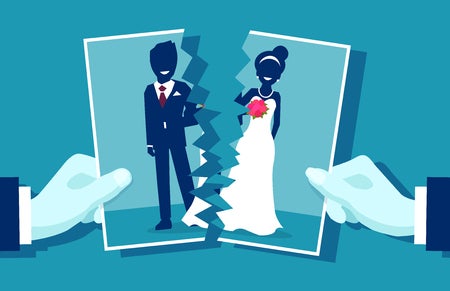 A man who has been married 60 times was arrested for faking documents and stealing money from his 60th wife’s father in Bangladesh.

The 45-year-old Abu Baker showed fake documents under the name Shaheem Alam to prove that he is either unmarried or a widower, Dhaka Tribune reported last Nov. 3.

Apparently, his 60th wife Rosy Khan had had enough when she filed a case with the Purbadhala police. As per the report, Baker married for money and later on divorced his unsuspecting wives.

After Baker got married to Khan, he asked his father-in-law for dowry but Khan’s father declined. Baker later on stole Tk80,000 (over P48,000) from his newest father-in-law and then ran away.

Baker never used his real address in his fake documents, the report said. In his real residence, he is known as “Baker teacher.” He lives with his first wife Sazeda Begum (whom he married at the age of 20), his two other wives and seven children.

Ansar Ali, the officer-in-charge at the Islampur police station, stated that Teacher Baker confessed that he has been married 60 times. Cha Lino/NVG

Man proposes to girlfriend while they were surfing