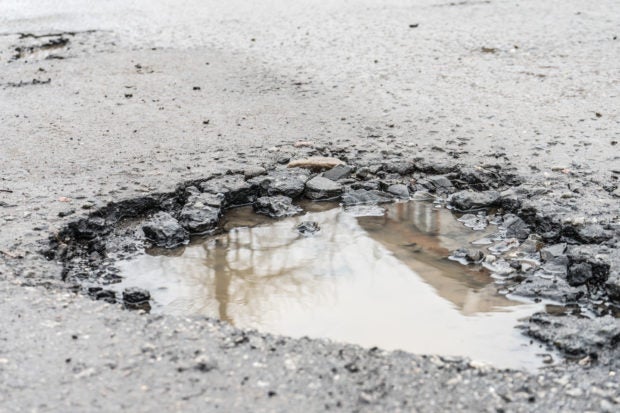 A man carrying his wife in the parking lot as a romantic gesture got involved in a pothole accident which led to the woman’s death in the United States.

The 23-year-old Marine, John Pinkham, tripped while carrying his wife, who hit her head and eventually died from the injury, NBC-affiliate KNSD reported on Tuesday, Jan. 21. A lawsuit was filed against the company which owns and manages the mall for allegedly failing to maintain its parking lot in a safe condition.

The newlyweds John and Robyn were on the way to the car in Village Faire in Carlsbad, California when the incident occurred on June 14. The two earlier went to a restaurant in the mall to meet some friends on the evening of the incident.

According to the report, John walked through the poorly lit and pothole-ridden parking lot while carrying his wife, which caused him to lose his footing, fall forward, and for his wife to hit her head from the fall.

They were immediately taken to the hospital but Robyn died five days later.

John and Robyn’s parents filed the lawsuit on Jan. 14 as per People last Friday, Jan. 24. The lawsuit also stated that Robyn died in the intensive care unit despite “life-saving efforts.”

Meanwhile, the people working at the stores within the mall told KNSD that the company takes good care of its space and also patches the parking area every year. A restaurant manager also claimed that the area in question is not a part of the mall’s parking lot but a state-owned street used for commuter parking.

The law firm in charge of John’s case did not respond on the query about whether or not the couple had been drinking on the night of the incident. Cha Lino/JB