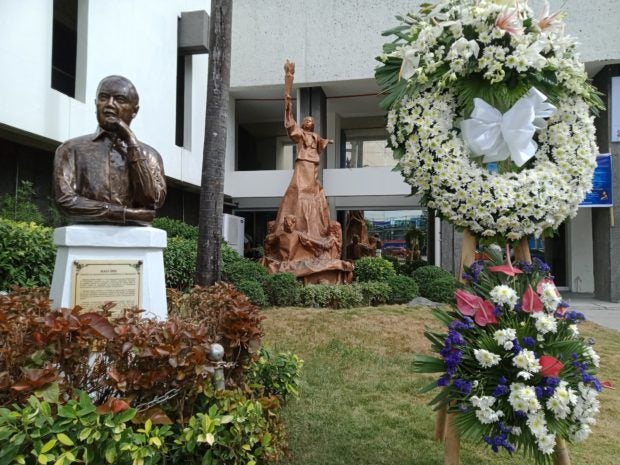 Wreaths are offered at the bust of the late Sen. Blas F. Ople in front of Ople Building named in his honor in Bulacan Capitol Compound. CARMELA REYES-ESTROPE

CITY OF MALOLOS–Bulakenyos on Monday (Feb. 3) paid tribute to the late Sen. Blas F. Ople during his 93rd birth anniversary.

Known as the father of the Philippine Labor Code and father of Overseas Filipino Workers, Ople’s legacies were recalled during the occasion held at the grounds of the Ople Building here.

Ople was born on Feb. 3, 1927 in Hagonoy town where he was raised in a fishing community.

Feb. 3 has been declared as a special non-working holiday in the province.

Undersecretary Ernesto Carolina of the Philippine Veterans Affairs Office said Ople was a young soldier and army leader at the age of 16.

Ople’s younger days were also fondly remembered because he would go to school barefoot. 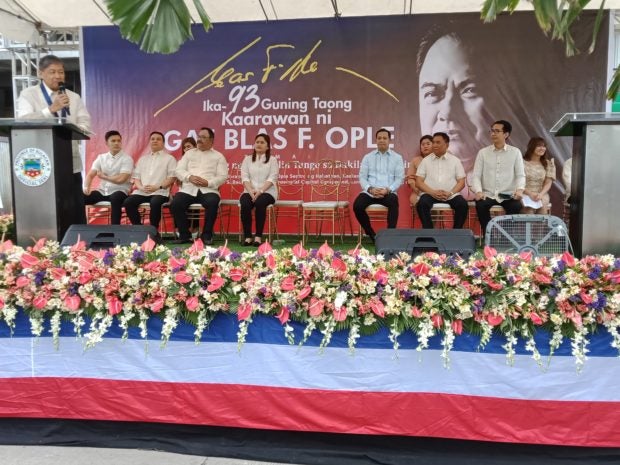 Carolina, who was a military officer when Ople was foreign affairs secretary in 2002, described the late Senate president as a “modern hero.”

“Ople is Bulacan’s gift to the world. The legacy of Blas Ople must live on,” Fernando said.