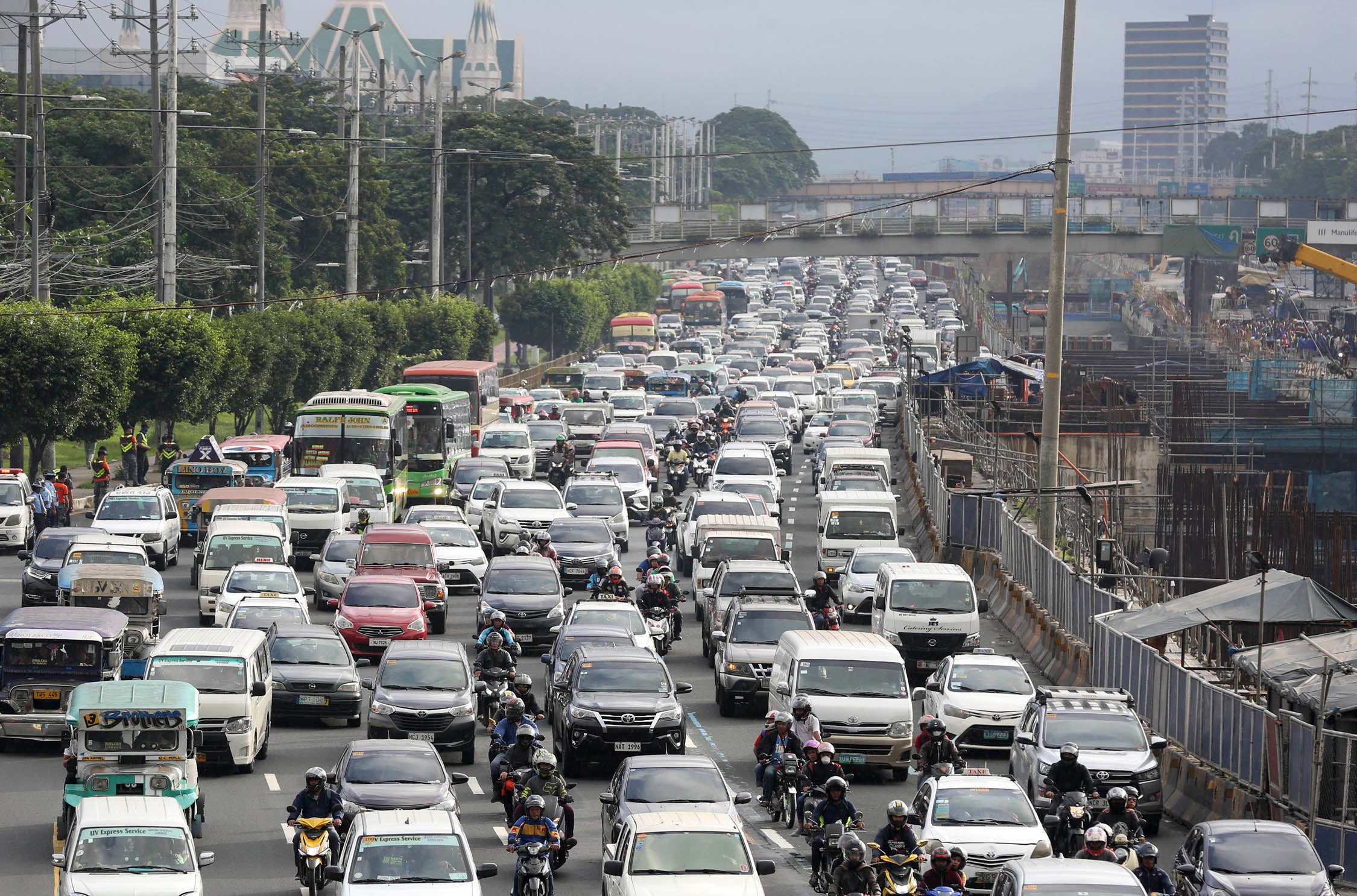 COSTLY CONGESTION The country’s capital is second only to the Indian city of Bengaluru in terms of extra time spent in traffic, according to a global mobility report released on Wednesday. Congestion, despite being an indicator of a stronger economy, “is understood to cost economies billions,” the study said. —NIÑO JESUS ORBETA

Commuters in Metro Manila on average lost a total of 257 hours—or 10 days and 17 hours—in their commute during rush hour last year, a global mobility report said, ranking the metropolis as having the second worst traffic congestion among 416 cities in the world in 2019.

Manila (referring to the metropolis) is second only to the Indian city of Bengaluru in extra time spent in traffic, according to the ninth edition of the annual TomTom Traffic Index, which was released on Wednesday.

The index analyzes urban congestion worldwide through live and past traffic data.

Manila and Bengaluru recorded an average of 71-percent increase in travel time—which means that for every hour of travel one takes during free-flow traffic, one spends at least 42.6 minutes more during rush hour.TomTom, a Netherlands-based company, also found it slightly better to travel during the morning rush than in the evening.

On average, commuters spent an additional 29 minutes in traffic for every 30-minute travel taken during the daytime rush, and 38 minutes more if taken during nighttime, it said.

Manila’s best day was April 19—Good Friday—with zero congestion, while its worst was Aug. 16, the day the authorities shuttered the north segment of Edsa over a bomb scare in the Shaw underpass there.

The figures were culled from a yearlong analysis of data equivalent to 306 million kilometers of road, according to TomTom.

It appeared to be the first time that Manila was included in the study. The metropolis was nowhere on the 2018 or 2019 list for congested cities although it figured prominently in other similar mobility studies.

Congestion, despite being an indicator of a stronger economy, “is understood to cost economies billions,” said TomTom.

Ralf-Peter Schafer, TomTom vice president for traffic information, said the index indicated a need for policymakers to make critical infrastructure decisions “us(ing) all the tools available to them to analyze traffic levels and impacts.”

The Duterte administration recently made a commitment to bring down traffic along Metro Manila’s main highway, Edsa, by as much as 30 percent by finishing the various road projects under its “Build, Build, Build” program.

Public Works Secretary Mark Villar earlier estimated that Edsa’s vehicle volume of 400,000 a day could be reduced by 130,000 once the government finished its highest-impact projects, like the NLEx Harbor Link R-10 Ramp and Metro Manila Skyway Stage 3. Both are expected to be finished this year, he said.

President Duterte’s promise of a five-minute travel from Cubao, Quezon City, to Makati City is still possible this year, according to Villar.