Prosecution to start presenting evidence vs Enrile on February 11 — Sandigan 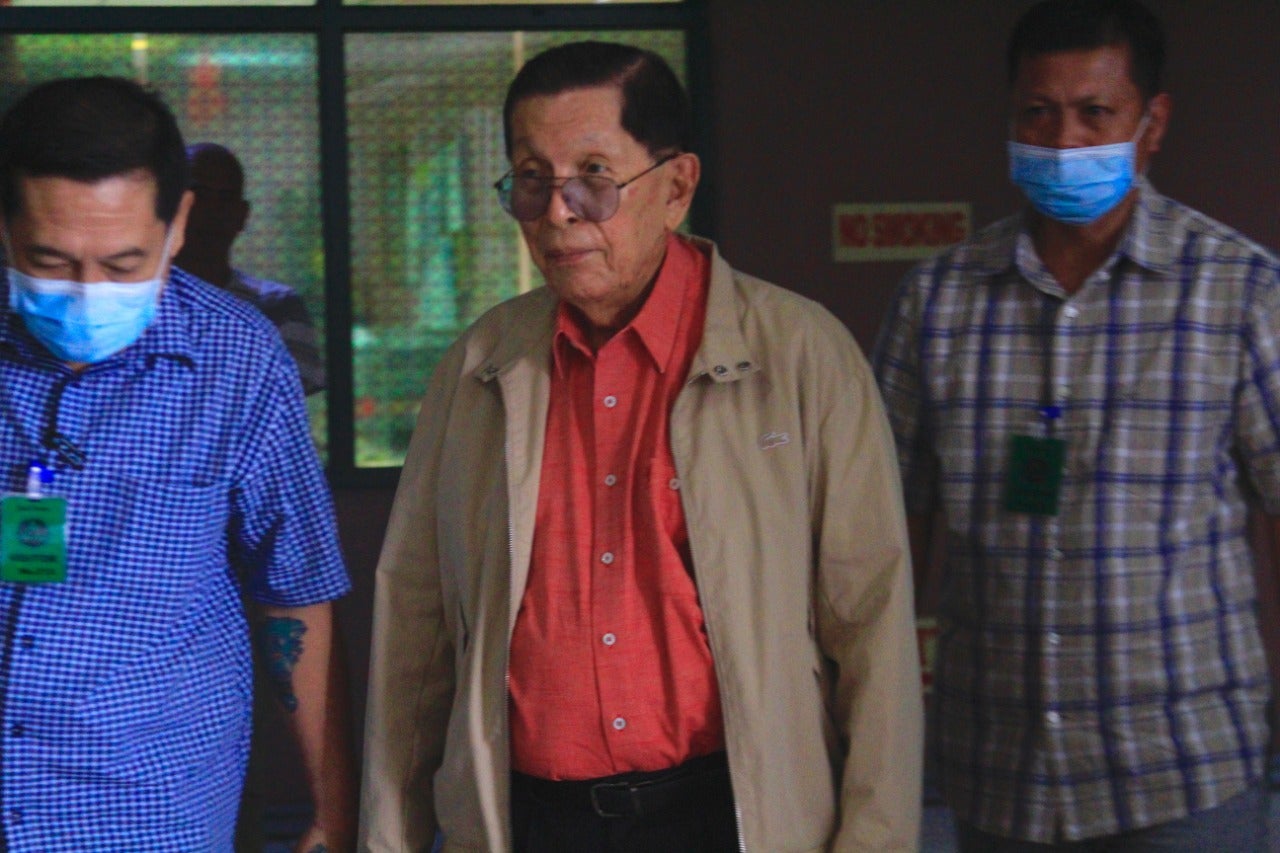 MANILA, Philippines – The prosecution in the plunder case against former Senate president Juan Ponce Enrile will start presenting their evidence on February 11, the Sandiganbayan said.

This was set by Third Division chair and Presiding Justice Amparo Cabotaje-Tang during the hearing on Wednesday — which Enrile attended after being required to sign the pre-trial order for the case.

After this, hearings on one of the controversial pork barrel scam cases would be held every Tuesday afternoon and Wednesday morning.

The former Senate president and his other co-accused including Napoles were ordered on Tuesday to appear before the court to sign the pre-trial order, which is necessary before the trial begins.

The pre-trial order is a document that includes all the facts stipulated and the marked evidence that will be used for the proceedings.

Officers from the Correctional Institute for Women (CIW) told the anti-graft court that Napoles would not be able to attend because of health reasons.  The businesswoman is currently in jail after being convicted of plunder in a separate pork barrel case, this time with Senator Ramon “Bong” Revilla Jr.

Napoles and all the other accused who were not able to sign were given until Friday to appear before the division’s clerk of court.

The plunder case against 95-year-old Enrile, who also used to be the defense minister of late former president Ferdinand Marcos, has been delayed due to issues he raised in the pre-trial stage of the case.

The Sandiganbayan has warned Enrile’s camp from further delaying the case.  Of the three high-profile plunder raps against the former senators, only that of Enrile’s is still in the early stages.

While Revilla’s case has been decided upon, the case against former senator Jinggoy Estrada is nearing its end with the court saying that the prosecution was able to establish that Estrada and Napoles agreed to funnel his PDAF to the bogus NGOs.

Read Next
PNP: Prostitution, abduction rise in PH with Chinese influx
EDITORS' PICK
A delightful blessing!
Gov’t plans to open COVID-19 vaccination for 5- to 11-yr-olds by January 2022
Gov’t eyeing COVID-19 vaccine booster for essential workers, indigents by Dec. 10
Villar Group gears up for AllValue Shopping Party on Dec. 3; around P 1-million promos and discounts up for grabs
Omicron variant detected in more countries as scientists race to find answers
Legarda: Ending Violence Against Women, a cause for all
MOST READ
Omicron poses ‘very high’ global risk, countries must prepare–WHO
Quiboloy warns of ‘much worse than Omicron virus’ if his ‘persecution’ is not stopped
Bongbong Marcos’ conviction in tax case not a crime involving moral turpitude — lawyer
Marcoleta defends pol ads on ABS-CBN
Don't miss out on the latest news and information.