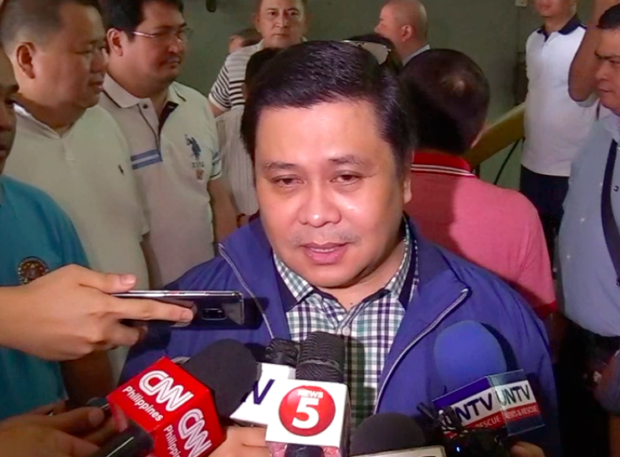 MANILA, Philippines – The Sandiganbayan has denied former Senator Jinggoy Estrada’s bid to dismiss the plunder case filed against him, which is related to the pork barrel scam.

In the resolution dated Thursday, the Fifth Division denied the demurrer to evidence filed by Estrada because it was established that he gave the nod in transferring part of his Priority Development Assistance Fund (PDAF) to bogus non-government organizations owned by scam mastermind Janet Lim Napoles.

A demurrer to evidence is a document which contests the evidence presented by the prosecution.  Had the court granted Estrada’s demurrer, the plunder cases against him have been dismissed.

“Ultimately, the prosecution was able to establish that Napoles and Estrada agreed to funnel the PDAF allocation of Estrada through the bogus NGOs MAMFI and SDPFFI of Napoles, for a percentage commission ranging from 40 to 60 percent of the PDAF, in exchange for kickbacks and commissions, to be divided among themselves,” the anti-graft court said.

“The project listings is then attached to the endorsement letters issued by Estrada to the head of the Senate, who endorses the Same to DBM,” it added.

With these development, trial for the plunder case will continue with Estrada’s turn to debunk the prosecution’s pieces of evidence.

Estrada was charged with plunder for allegedly receiving benefits worth P55.79 million from Napoles due to the scheme.  In March 20, the Fifth Division granted Estrada and Napoles’ motion to file demurrer to evidence, despite strong opposition from the prosecution.

He is one of the three former senators who were charged for plunder in connection with the pork barrel scam.  The others were Bong Revilla who was acquitted in December 2018, and Juan Ponce Enrile who is out on bail in consideration to his advanced age.

The three also recently ran in the 2019 midterm elections in a bid to return to the Senate.  Out of the three, only Revilla gained a seat in the 18th Congress. (Editor: Jonathan P. Vicente)

Read Next
Imee’s Senate run: No personal money spent, all from contributions
EDITORS' PICK
Vietnam’s ‘crazy guy’ aims to save ocean from waste
Marcos-era elections: Not what his son signed up for
WHO says no evidence healthy children, adolescents need COVID-19 boosters
Gear up and get ready to play with Yamaha Mio Gear
Acer starts the year off strong with the Aspire Vero National Geographic Edition
Over 3 Million worth of prizes to be won at Smart Padala’s SENDali Manalo Promo!
MOST READ
‘Sampal sa gobyerno:’ Drilon wants unvaxxed PAO chief barred from working
Vice mayor slams Vico Sotto for turning Pasig into a ‘puro palabas’ city
Guevarra to Acosta: Obey rules on unvaccinated
Guanzon denies Comelec delaying resolution of cases vs Marcos Jr. to favor any party
Don't miss out on the latest news and information.