Imee’s Senate run: No personal money spent, all from contributions 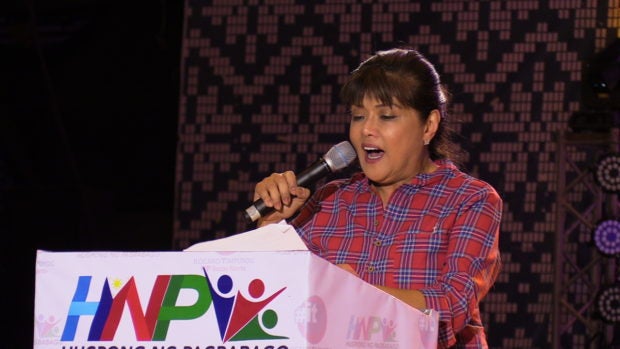 MANILA, Philippines — Senator-elect Imee Marcos relied on cash contributions to fund her campaign during the 2019 midterm elections, according to her Statement of Contributions and Expenditures (SOCE).

However, she only used up P132,146,754 for her campaign, all sourced from cash contributions.

Read Next
Trillanes: Let Kapa ‘operate temporarily’ so it can return fund to members
EDITORS' PICK
PH to send 584 athletes, 161 officials to Vietnam SEA Games
Gear up and get ready to play with Yamaha Mio Gear
SSS: Members on home quarantine due to COVID-19 can apply for sickness benefit
Acer starts the year off strong with the Aspire Vero National Geographic Edition
Kalinga, Ifugao, Mt. Province, N. Samar will be under Alert Level 4 from Jan 21-31
Mobile COVID-19 vaccination for commuters, transport workers set at PITX
MOST READ
Imelda Marcos trends on Twitter after octogenarian jailed for allegedly stealing mangoes
Mayor Vico counters vice mayor: ‘Did I say anything about his family?’
Municipal court in Pangasinan sets arraignment for ‘Lolo Narding’
‘Unbelievable!’ Pacquiao hits DA’s plan to import 60,000 MT of fish
Don't miss out on the latest news and information.