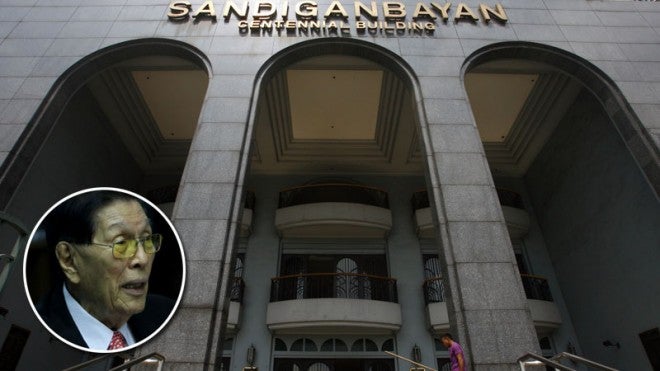 The Sandiganbayan has denied the motions of the defense to delay further the plunder trial of Senator Juan Ponce Enrile, paving way for the pre-trial over the alleged pork barrel scam.

This as the antigraft court Third Division denied Enrile’s request to not participate in the marking of documents supposedly because of his pending petition before the Supreme Court.

Enrile elevated to the high court the antigraft court’s denial of his motion for bill for particulars in relation to this plunder case.

The antigraft court said Enrile cannot stop his pre-trial from proceeding because the Supreme Court has yet to issue a temporary restraining order.

“Anent the manifestation of the counsel of accused Enrile, aside from the fact that their petition on the denial of their motion for a bill of particulars is still pending with the Supreme Court, no temporary restraining order has been issued thus far that will stay the continuation of the conduct of the preliminary conference,” the court said in its resolution.

“Without such an injunction, the entire proceedings in this case, which necessarily includes the conduct of the preliminary conference in the pre-trial stage, must continue,” the court added.

Meanwhile, the court also denied the motion of Enrile’s chief of staff and co-accused Atty. Jessica Lucila “Gigi” Reyes to require the prosecution to present the original documents of evidence during the preliminary conference, when the initial marking of documents is held.

The court said the motion has no merit because it is the prosecution’s task to make sure the original documents are presented during the trial proper.

“While the prosecution may make reservations on the presentation of the originals of some of its exhibits and continue the comparison of those already pre-marked with their originals during the trial of this case, it is its sole responsibility to produce the said original documents for the purpose or suffer the consequences thereof should it fail to do so,” the court said.

Meanwhile, the court set the pre-trial on Sept. 10, 1:30 p.m., after it cancelled its earlier schedule of pre-trial on July 31 due to the pending incidents.

During the pre-trial, both parties would prepare for the conduct of the trial proper, including the marking of exhibits, stipulation of facts, identification of issues, and identification of the number of dates each party needs for presentation of evidence.

Presiding Justice Amparo Cabotaje-Tang, who chairs the Third Division, has urged both parties to speed up its marking of evidence so the court can proceed to trial proper.

She made the reaction after Ombudsman Conchita Carpio-Morales had complained in a television interview that the progress of the Priority Development Assistance Fund (PDAF) cases is slow-paced.

Meanwhile, Associate Justice Samuel Martires noted that Enrile seemed to be delaying the trial because he is waiting for the 2016 elections, when his ally Vice President Jejomar Binay will run for president.

READ: Enrile defense hit: ‘Are we waiting for the next elections?’

“We already celebrated the first anniversary (of the case). Must we wait for a second anniversary?… What are we waiting for, the elections of the next president, or for the prosecution to produce the originals?” Martires said.

Enrile is under hospital detention and Reyes is detained at the female dormitory of Camp Bagong Diwa for their alleged involvement in the purported scheme of pilfering the senator’s PDAF to ghost projects for kickbacks under the scheme of accused mastermind Janet Lim-Napoles.