Are you ready to go ‘zero waste’? 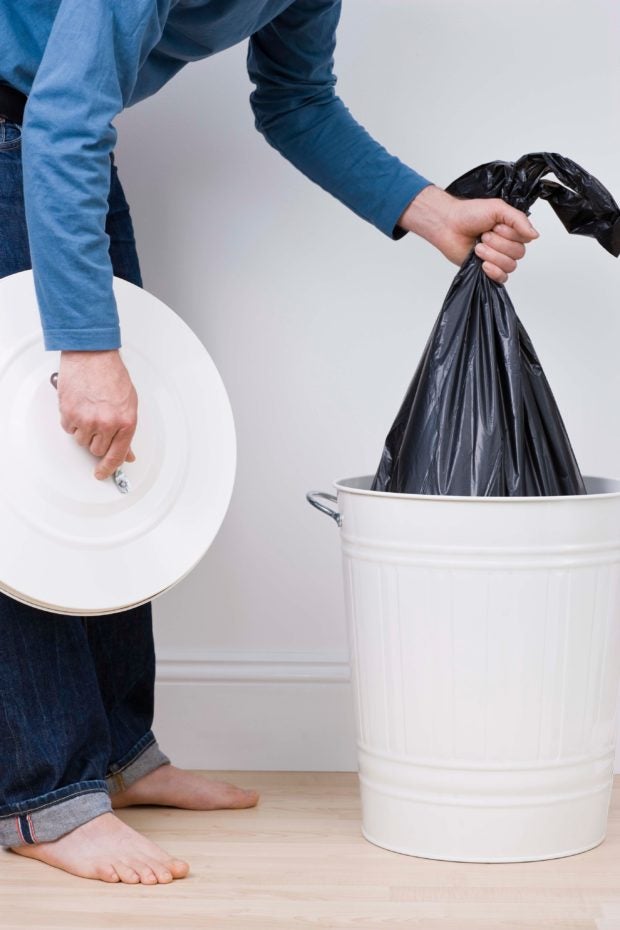 If there is one resolution we can perhaps more easily commit to, it should be reducing waste. Not only is it timely as a new decade starts, and imperative amid climate change-related disasters, but frankly, why must it be so hard to restrain one’s self from acquiring material things that can only add up to what we will eventually discard?

Then again, this involves a strong will and serious discipline, but not entirely a matter easier said than done. It may even come as a surprise for some that in the Philippines alone, there already exists efforts by various provinces and cities to go zero-waste.

January is “Zero Waste Month” in the Philippines, as declared in Proclamation No. 760 in 2014 by former President Benigno Aquino III. The zero waste advocacy, pursuant to the Ecological Solid Waste Management Act of 2000 (RA No. 9003), promotes the management of products and processes to avoid and eliminate the toxicity of waste and materials. Zero waste, as described in the proclamation, is an efficient and ethical goal to guide Filipinos in adapting sustainable practices. It aspires for disposed materials to become resources we can still use.

Figures from a drafted status report by the Environment Management Bureau in 2015 has shown that residences are the leading source of municipal solid waste, making up its bulk at 56.7%. This is followed by commercial sources at 27.1%, institutional sources at 12.1% and industrial sources at 4.1%. The figures, provided by a number of EMB regional offices, covered the years 2008 to 2013.

Residential waste consists of various ephemera usually considered as afterthought: kitchen scraps like vegetable and fruit peels, uneaten grains, egg shells, meat trimmings, as well as yard waste, paper, glass bottles, plastic bags and containers, used tissues, foil, and diapers. But to consider one’s own trash is to think of its existence beyond the bottom of the garbage bin.

On a worldwide scale, solid waste contributes to climate change and is one of the biggest sources of ocean pollution, according to a 2018 World Bank report. Solid waste generates greenhouse gas (GHG) emissions borne from inadequate waste collection, controlled dumping and burning of waste, with emissions generated from solid waste treatment and disposal accounting for nearly 5% of the world’s total GHG emissions. Methane, generated from decomposing waste improperly disposed in dumps and landfills, is reported as the waste management sector’s biggest contributor to GHG emissions.

Provinces, cities are getting there

The practice of reducing waste appears to have become mainstream in recent years, and for good reason, with the change carrying over to some provinces and establishments which have foregone plastic for biodegradable alternatives, like bamboo straws.

Misamis Occidental was one of the provinces that recently took a step towards reducing waste in their community. The Misamis Occidental Enterprise Development and Research Center in Oroquieta City began offering bamboo straws last year to minimize their contribution to the ever-growing issue of plastic pollution.

Good ideas are indeed shared, as the initiative was inspired by a visit to Bukidnon province where the use of bamboo straws is widespread, said then by Jaylo Estoque of the Misamis Occidental tourism office.

(We went to Bukidnon. We saw a store there that sells bamboo straws. We got an idea that since we have a lot of bamboo in Misamis Occidental, why not copy [the straws] and help nature?)

Establishments like Cafe Editha in Siargao and the Wala Usik canteen in Bulata National High School in Negros Occidental, among many others, also made the eco-friendly switch by opting to use coconut frond straws, and bamboo mugs and coconut shell bowls, respectively.

But committing to reduce waste is more than just touting canvas tote bags and sipping from bamboo and metal straws – it also involves reforming the system through policy making and political action.

Quezon City has started its total ban on single-use plastics, thanks to two ordinances signed last October. This came into effect on Jan. 1 this year, as per City Ordinance No. SP-2868 which amended an existing ordinance that required supermarkets, department stores and pharmacies to charge P2 for plastic bags. City Ordinance No. SP-2876, which bans single-use plastic and paper utensils, will take effect this February.

Parañaque City also followed suit and will start its ban on single-use plastics beginning June. Under Ordinance No. 18-40, Series of 2019, no business establishment can use nor sell styrofoam and single-use plastics. Violators of the ordinance will face a fine of up to P5,000 for the first and second offense, whereas third-time offenders would have their business permits canceled and their establishments closed down. 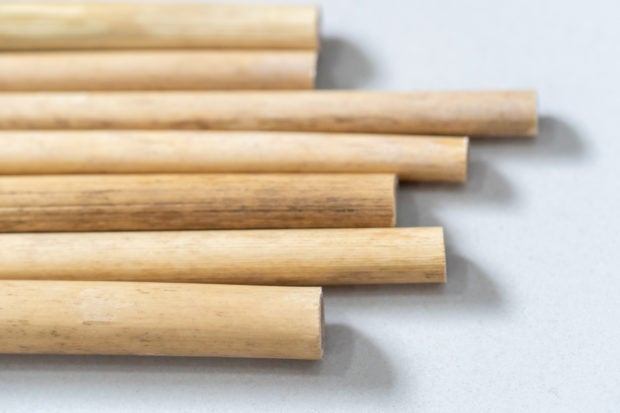 The use of bamboo straws can help reduce our dependence on plastics. INQUIRER.net stock photo

The Department of Natural Resources has considered a nationwide ban on single-use plastics, with DENR Sec. Roy Cimatu stating last December that a complete department order is underway. Cimatu added that the order the department is crafting would also include recycling plastics, although it appears no order has been issued thus far.

Meanwhile, Tacloban City has successfully reduced its waste to the landfill from 175 to 121 tonnes per day, a drop of 31%, after employing a decentralized waste management system in 2016. This was through a collaboration between city authorities and the Mother Earth Foundation, as per Down to Earth magazine on Dec. 29, 2019. An ordinance on Integrated Ecological Solid Waste Management in 2017 ordered Tacloban residents to segregate their waste at source. Mechanics of garbage collection was also arranged to suit each of the city’s barangays. The decentralized system has seen a rise in the compliance rate of waste segregation among households to 63%. This allowed Tacloban to save P21.6 million of its annual budget.

It starts at home

Tacloban’s strategy is a quintessential case: to reduce or minimize waste generation means addressing and segregating at source, beginning in our very own homes.

The National Solid Waste Management Commission under the DENR promoted a framework for managing waste in its strategy for 2012 to 2016. The framework comprises seven aspects: avoid, reduce, reuse, recycle, recover, treatment and residuals management.

Direct responsibility for the first four fall under households, institutional and commercial generators, with households and residences being the biggest source of solid waste. According to the NSWMC, reducing the amount of waste we throw away helps in saving landfill space and money (as shown in Tacloban) and raw materials and natural resources such as energy and water.

Avoidance is considered the most challenging in solid waste management, as NSWMC noted: “Before you buy something, think, ‘Do I really need it?’”

Reducing one’s waste, on the other hand, can be done by following key steps, some of which require minimal effort such as bringing one’s own reusable bags instead of using plastic bags when buying groceries. Others include choosing products with minimal, reusable, refillable or recyclable packaging or buying in bulk; mending broken appliances and furniture before buying, if possible; and purchasing long-lasting kitchenware, household products and clothing.

Reusing is also another way of lessening the amount of one’s waste. Those looking to get rid of old clothing can hold garage sales or donate their items to schools, churches, thrift shops and other organizations instead of throwing them in the bin, as recommended by the NSWM. Reusing containers such as glass jars and bottles instead of throwing them away is also encouraged.

Another option to manage waste at source is through composting food and garden wastes. Composting can be undertaken at home with minimal equipment in residential areas that have enough garden or yard space, as per a 2001 report by AEA Technology for the European Commission Environment Directorate General.

But fear not, because those who live in the city can also set up their own compost bin with the use of a metal bucket with air holes, layered with leaves, soil, food scraps and newspaper. There are no losses in composting because it reduces one’s waste while producing a residue of compost, which can be used as soil conditioner or growing medium in agriculture and horticulture, so talk about hitting two birds with one stone.

Going zero, and even just reducing one’s waste, may be challenging or drastic for some, but who is policing and keeping count? Sustaining good habits hardly happen overnight, but as the new decade begins, perhaps it wouldn’t hurt to spare a thought to the precipice we have reached in the global climate crisis – to consider how much can be gained in giving up the few conveniences that we have, and in resolving to make changes, however little they may seem, that nevertheless add up in the long run. JB