Parents, kids with autism march in Olongapo City for Angels Walk for Autism 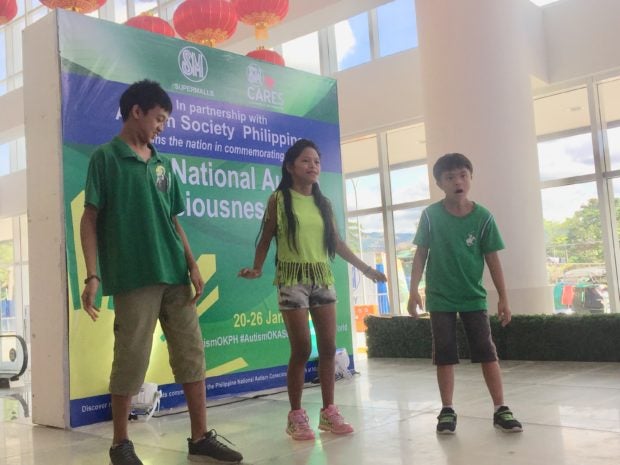 Children with autism take center stage during a talent show at SM Central. The show was among the highlights of the 24th National Autism Consciousness Week celebration in Olongapo City. INQUIRER CENTRAL LUZON / JOANNA ROSE AGLIBOT

OLONGAPO CITY — At least 600 people here on Sunday took to the streets to celebrate the 24th National Autism Consciousness Week (NACW) through the annual Angels Walk for Autism, an event that SM Cares program helped organize.

Parents and their children with autism led the event to promote “appreciation” of people with autism particularly in this city and nearby provinces of Zambales and Bataan.

Dr. Alice Gonzales, one of the parents, said having a son who was diagnosed with autism at the age of 3 taught her “to love unconditionally.”

Gonzales’ son, Carlos Miguel, who is now 16, was visibly elated to be part of the occasion that included a parade and a talent show.

“When he (Carlos Miguel) was diagnosed with autism, that was the time that I understood human behavior even more. That there is a reason for everything anyone does,” she told the Inquirer.

Angels Walk is organized by the Autism Society Philippines (ASP) and SM Supermalls through the SM Cares program.

According to the organizers, the event aims to raise awareness and promote acceptance, accommodation, and appreciation of persons with autism.

Started in 2007, the Angels Walk has come a long way in raising awareness about autism and educating the public on how to deal with
the condition, said ASP president Atty. Soledad Santos. 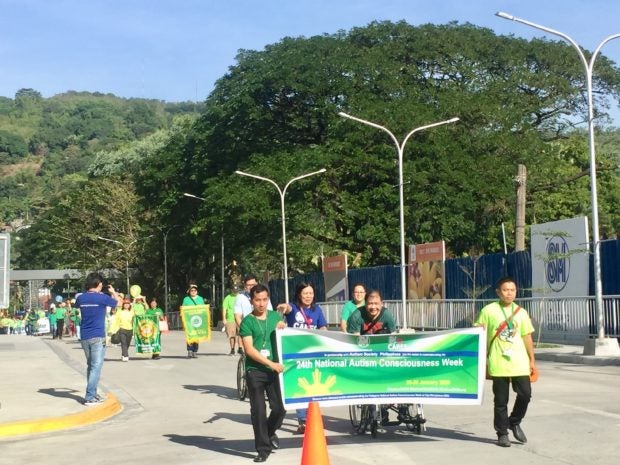 Parents and their children with autism parade through the streets of Olongapo City for the annual Angels Walk for Autism in support of the 24th National Autism Consciousness Week. INQUIRER CENTRAL LUZON / JOANNA ROSE AGLIBOT

Krisha May Dacaymat, 13, with a “global development delay,” was among the performers.

Dacaymat’s mother Evangeline described her as a blessing.

“My prayer now is to live longer to be with her and teach her,” Evangeline said.