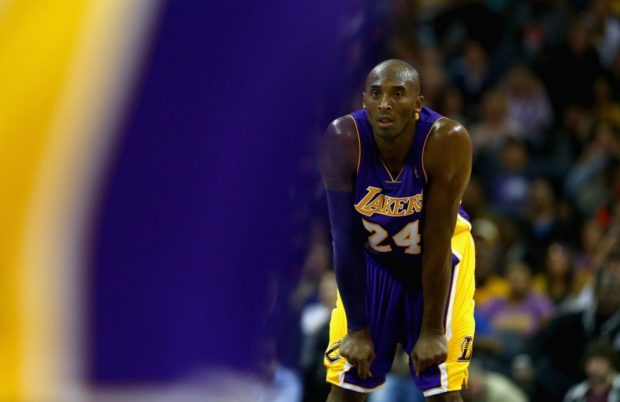 (FILES) In this file photo taken on December 14, 2013 Kobe Bryant #24 of the Los Angeles Lakers watches on against the Charlotte Bobcats during their game at Time Warner Cable Arena in Charlotte, North Carolina. – Kobe Bryant, Tim Duncan, Kevin Garnett and Chris Bosh were named on December 19, 2019 in a a star-studded list of nominees for entry into the Naismith Memorial Basketball Hall of Fame. (Photo by STREETER LECKA / GETTY IMAGES NORTH AMERICA / AFP)

MANILA, Philippines — With basketball legend Kobe Bryant’s passing, the sport not only lost a sportsman—it also lost a great hero and a gentleman.

“Kobe has visited the Philippines. He is adored by millions of Filipinos, including the Batang Pier players and coaching staff, and the Filipino-American community in Los Angeles and all over the United States,” Romero said in a statement.

Aside from Bryant, his 13-year-old daughter Gianna and several others also perished in the helicopter crash in Calabasas, Los Angeles.

The 41-year-old Bryant was a five-time NBA champion in a career that began in 1996 and lasted until his retirement in 2016.

“After his retirement from basketball, he devoted much of his time to various charitable causes, including players’ and coaches’ welfare,” Romero said.

Bryant’s Filipino fans were shocked by the basketball legend’s death.

In Valenzuela City, Rep. Eric Martinez told INQUIRER.net that fans of Bryant have left flowers and lit candles in the “House of Kobe”, a basketball court in Barangay Karuhatan themed after the basketball star.

Some fans have also left messages for the basketball legend on the walls of the court.