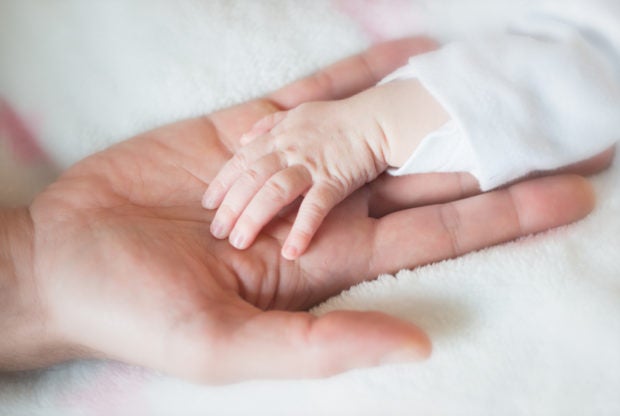 A newborn baby boy with his umbilical cord still attached was found abandoned in a bush in the streets of London, United Kingdom.

One Lauren Carter Smith’s grandfather, said to be a postman, was just doing his rounds when his colleague “thought he could hear kittens in the bush,” she said on Facebook yesterday, Jan. 25. They then found the infant wrapped in a white blanket.

“The baby is ok but might not have been if he wasn’t found!” she stressed. “Can’t [imagine] what goes through a mother’s head or what her circumstances are to have to come to this decision. ”

“She needs to be found,” Smith added.

London and surrounding. URGENT. My grandad has just found a baby abandoned in a bush on Sandringham road hackney e8. If…

In a comment on her post, Smith said her grandfather was “in complete shock” over the discovery, but was able to act quickly to save the baby. The grandfather reportedly brought the infant inside the postal service Royal Mail’s delivery van, then called the police for help.

Metropolitan Police yesterday posted on its website that authorities are looking for the mother so she can be given medical support.

“I would urge the mother of this baby to make contact either with police, your local hospital or GP surgery and let us know that you are safe and can receive any medical care you may need,” Central East Command Inspector Kevin Weeks said in a statement.

“Our primary focus is to ensure the wellbeing of both you and your child,” he added.

Other citizens have expressed their concern for the mother of the baby as well, saying she must have been in a desperate situation to come to that decision.

One Leanna Fusco commented on Smith’s post: “I’m devastated, pray they find his mummy. She needs help and support, and to know her baby is safe. I feel broken for her.”

“Poor baby mum. Must be suffering to leave it (the baby),” one Gina Ince meanwhile said.

“How awful. The mum is probably incredibly poorly [and] no doubt a huge risk to herself,” a Sally Bunkham noted. “I hope she is found very soon. Thank god your grandad was there. Poor little thing.”

The baby was then brought to the hospital and is currently being taken care of while authorities look for the mother. She is yet to be found, as of writing.

Earlier this month, a newborn baby was also abandoned and found alive at the bottom of a garbage chute in Singapore. In 2019, some cases of child abandonment were also reported, including a baby found alive in a plastic bag in Georgia, United States in June, while another baby was found in a public toilet in Saitama Prefecture, Japan in April. JB