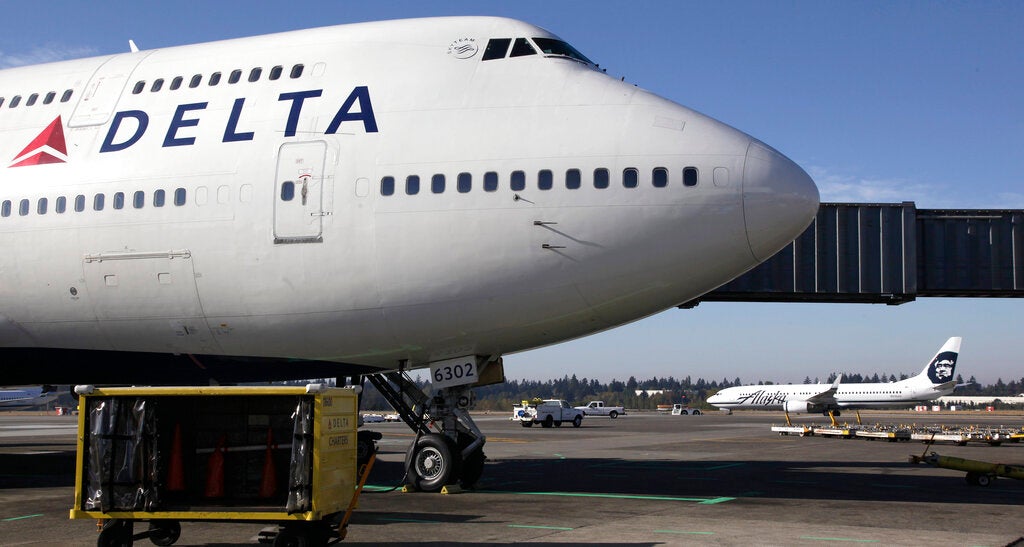 Delta Air Lines is being fined $50,000 for ordering three Muslim passengers off planes even after the airline’s own security officials cleared them to travel.

Delta denied that it discriminated against the passengers in two separate incidents but agreed it could have handled the situations differently, according to a consent order released Friday by the U.S. Transportation Department.

The department alleged that Delta violated anti-bias laws by removing the passengers, and ordered the airline to provide cultural-sensitivity training to pilots, flight attendants and customer-service agents involved in the incidents.

In one of the cases, in July 2016 in Paris, a passenger told a flight attendant that a couple made her nervous. The woman was wearing a head scarf, and — the other passenger claimed — the man inserted something in his phone. The flight attendant said she walked by and saw the man writing “Allah” several times while texting on his phone.

At the captain’s request, a Delta supervisor and security officer interviewed the couple outside the plane. Delta’s corporate security office reported that the couple were U.S. citizens returning home to Cincinnati and “raised no red flags,” and they were cleared to fly, according to the consent order. But the captain refused to let them re-board the plane; they flew home the next day.

The Transportation Department said it appears that the couple would have been allowed to fly but for their “perceived religion.”

The couple was not named in the consent order, but their representatives identified them as Faisal and Nazia Ali of the Cincinnati, Ohio, area.

The other case in the consent order occurred five days later in Amsterdam. Flight attendants and passengers complained about a Muslim passenger, but the co-pilot saw nothing unusual about the man, and Delta’s security office said his record raised no concern.

The captain prepared to begin the New York-bound flight, then returned to the gate and had the man and his bags removed and the area around his seat searched. The man was not subjected to additional screening before boarding a later flight, which the Transportation Department said showed that his removal from the first flight was discriminatory.

The Council on American-Islamic Relations, which represented the Alis, questioned the size of the penalty.

Delta earned nearly $4.8 billion last year, and for a company that profitable, “$50,000 is basically a slap on the wrist,” said Karen Dabdoub, executive director of CAIR’s Cincinnati chapter.

“But it’s a good sign that DOT is taking this seriously,” she added. “I’m glad to see that Delta received some sort of a sanction.”

The government did not explain how the size of the fine was determined but said that it “establishes a strong deterrent against future similar unlawful practices by Delta and other carriers.”

Delta disagreed with the government’s contention of discrimination, but “Delta does not dispute that each of these two incidents could have been handled differently,” the government said in the consent order.

Delta said that in both cases, it acted based on the passengers’ behavior, not their identity, and its employees acted reasonably. In the case of the Alis, one of the complaining customers identified herself as a retired safety inspector for the Federal Aviation Administration, the airline said.

The Atlanta-based airline said that after the 2016 incidents it improved its procedures for investigating suspicious behavior to make it “more collaborative and objective.”