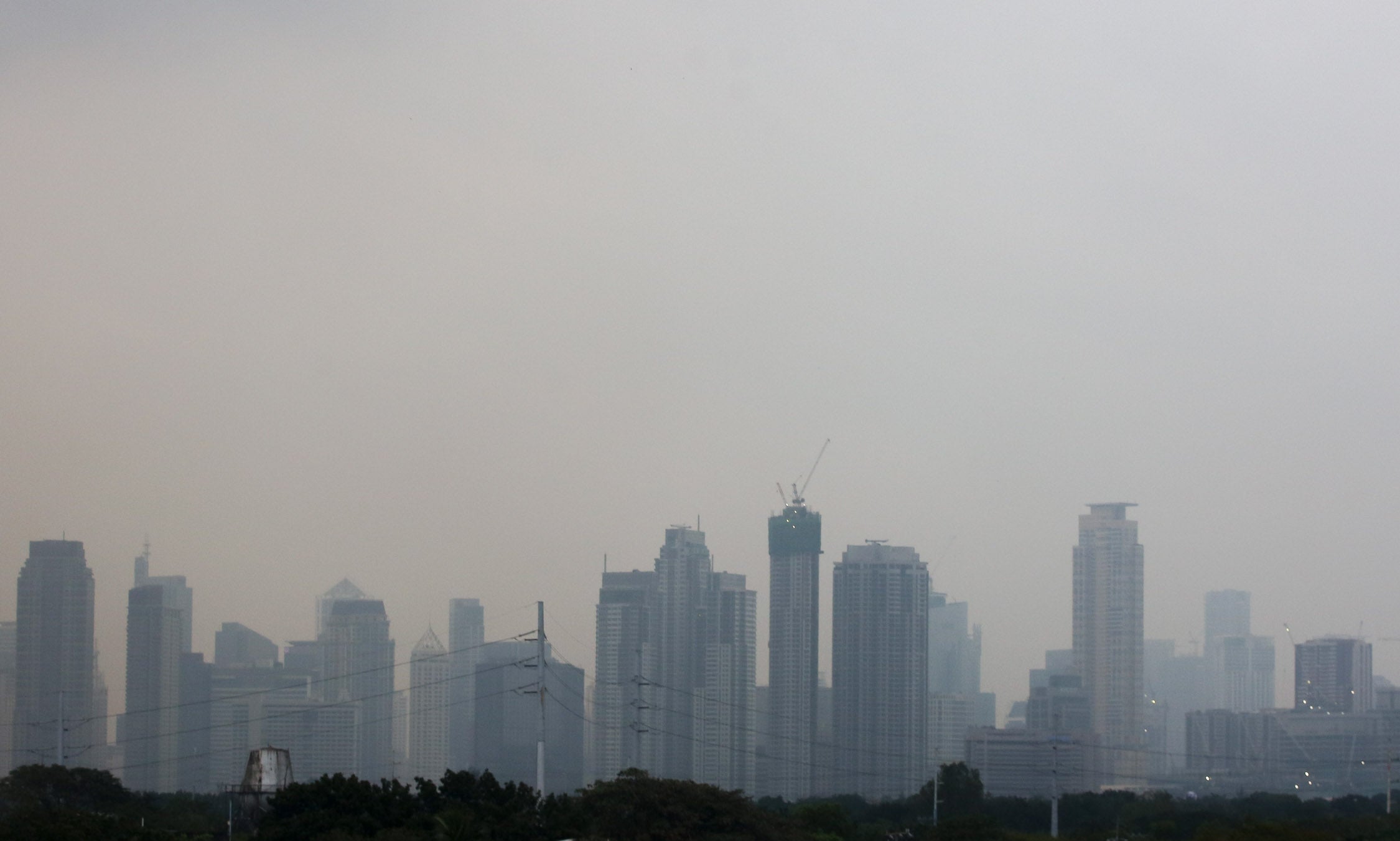 BLURRY SKIES A haze is seen over Makati City at 5:30 p.m. on Friday. —LYN RILLON

The air in Metro Manila on Friday was noticeably hazier than usual, but experts said it had nothing to do with the currently restive Taal Volcano, which started to spew ash again on the same day.

Instead, the haze which enveloped Metro Manila was due to easterly winds meeting with air from the sea, Gerry Bagtasa of the University of the Philippines’ Institute of Environmental Science and Meteorology said. The “collision” of the two winds from opposite directions left the pollution in the metro stagnant, causing the haze.

The easterlies or trade winds are permanent east-to-west prevailing winds that usually flow in the Earth’s equatorial region. Bagtasa explained that while winds in the metro are usually northeasterlies, current high pressure in the region of Japan has pushed air lower.“The wind from the east is meeting the sea breeze, which is causing the air in the metro, and the pollution with it, to remain stagnant,” Bagtasa said, adding that coupled with light rains, and it gives the appearance of fog or haze.

He further explained that while the source of pollution such as vehicle exhaust is always present in the metro, it is usually blown away day-to-day. Bagtasa recommended that the public avoid any strenuous physical activities outdoors, since the accumulated stagnant pollution in the atmosphere can be harmful. He also said wearing masks could help filter out pollutants in the air.

According to air quality monitoring site Airtoday, “poor” air quality was recorded on Friday afternoon. The level of air pollutants reached 63 to 65 micrograms per cubic meter at 1 p.m., significantly higher than the World Health Organization’s standard for exposure to air pollution, which is a maximum of 25 micrograms per cubic meter. Meanwhile, the Philippine Atmospheric, Geophysical and Astronomical Services Administration (Pagasa) said the haze was unrelated to Taal Volcano’s eruption.

Pagasa weather specialist Sheila Reyes said in a phone interview that the ash from Taal Volcano moved west of Taal, and that the weather monitoring service had not seen any indication that there was ashfall in Metro Manila.