The pain that gun salutes reawaken 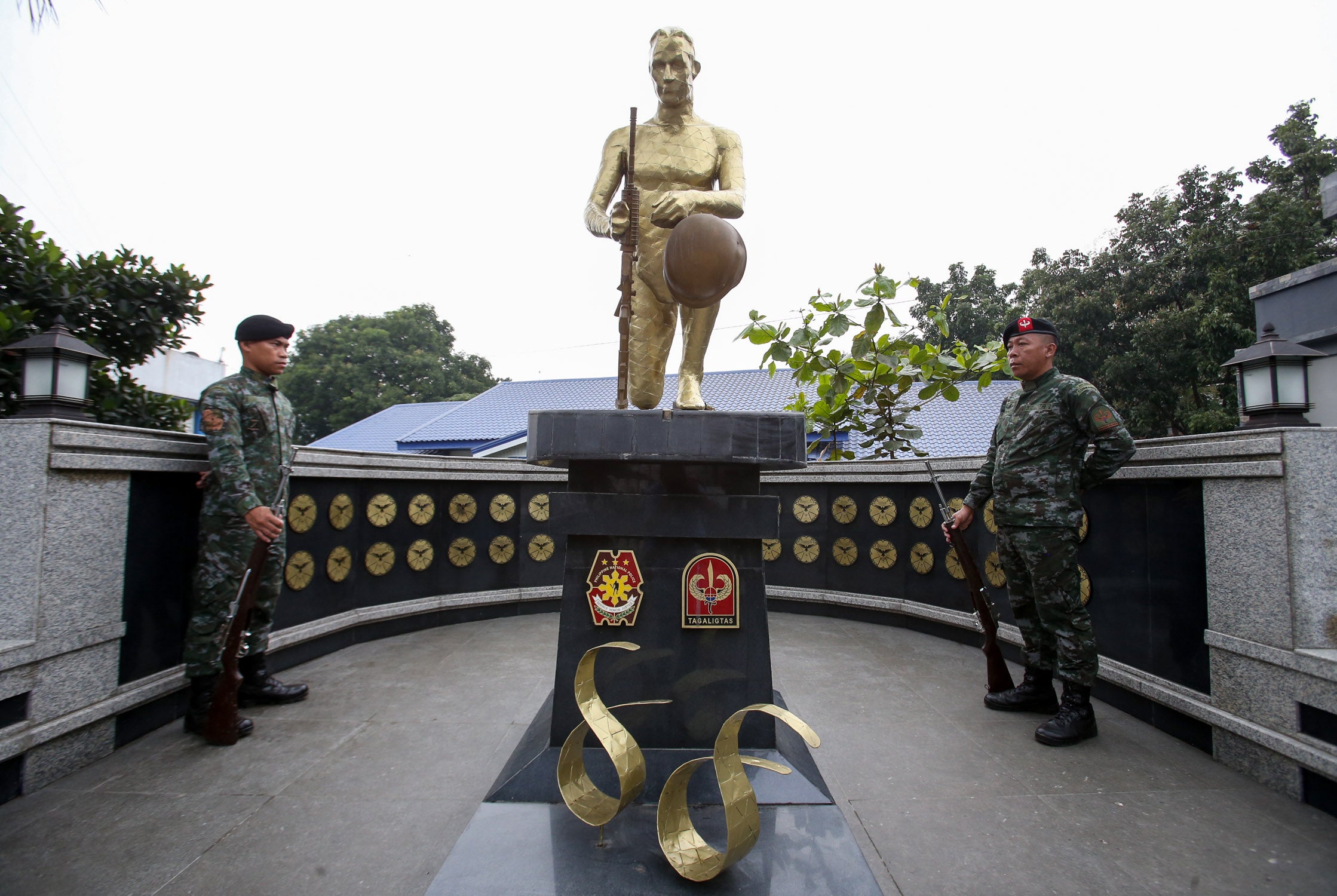 BAGUIO CITY—When senior police official Benjamin Magalong, then head of the Philippine National Police Criminal Investigation and Detection Group, was tasked to probe the botched Mamasapano operation that resulted in the death of 44 police commandos in 2015, he was promised full investigative independence.“True enough, they did not interfere … for the first two days,” Magalong, now Baguio mayor, recalled of the big police raid, involving 392 security forces plus a handful of US operatives, on Jan. 25, 2015.

‘Cordillera Braves’The raid aimed to capture Malaysian bomb maker Zulkifli bin Hir (also known as Marwan), who was holed up in a terrorist stronghold in the hinterlands of Mamasapano, Maguindanao.

But as the details of the operation unraveled, Filipinos were infuriated to learn that the 44 police commandos were killed because of failings of their highest commanders, including the commander in chief.

“In succeeding days, I started receiving pressure and the insinuation was I should make sure the highest official of the land will be spared,” Magalong said on Thursday at the unveiling of a Camp John Hay marker for 14 of the slain commandos who were natives of the region and are now known as the “Cordillera Braves.”On Jan. 21, four days before the tragedy’s fifth anniversary, the Sandiganbayan dismissed the graft and usurpation of official functions charges against former PNP chief Alan Purisima and former Special Action Forces (SAF) head Getulio Napeñas over the Mamasapano massacre.Last year, Ombudsman Samuel Martires withdrew the graft and usurpation of official functions cases against former President Benigno Aquino III.

Gordon said he would study a reinvestigation of the case even as relatives of the slain commandos continued to memorialize their loved ones despite the pain that each ceremony reawakens.Wreaths and prayersThe rites for the Mamasapano heroes have been difficult for the families, said Edna Tabdi, mother of Chief Insp. Gednat Tabdi, the highest ranking fatality among the Cordillera Braves.

But the wreaths and prayers offered and the ceremonies rendered by SAF troopers are powerful reminders that the slain policemen have not been forgotten.“We try to move on, but where are we today when we should be with family? We are here performing this chore of remembering. I became anxious [during the gun salute performed by a SAF squad during the program at Camp John Hay],” she told Baguio reporters on Thursday.

“My son was telephoning me during the operation and I heard explosions in the background. The gun salute reminded me my son was gone,” Tabdi said.

She was among the relatives who unveiled a marker in memory of Chief Inspector Tabdi of La Trinidad, Benguet; Senior Insp. Cyrus Anniban of Tabuk City in Kalinga; and Police Officers 3 Robert Allaga of Kiangan, Ifugao; and Noel Golocan of Baguio City.Also engraved on the new marker are the names of Police Officers 2 Peterson Carap of Kabayan, Benguet, Noble Kiangan of Mankayan, Benguet, Walter Danao of Baguio and Franklin Danao of Tinoc, Ifugao, Jerry Kayob of La Trinidad, Nicky Nacino Jr. of Baguio, and Joel Dulnuan of Kiangan, Ifugao.

Also honored by the marker were Police Officers 1 Russel Bilog of Baguio, Gringo Cayang-o of Sadanga town in Mountain Province, and Angel Codiamat of Mankayan.

But the families will continue to seek the justice their sons and husbands, said Celestino Kiangan, father of PO2 Kiangan.

Tabdi added that they need the truth. Three of the slain policemen’s parents recently passed away not knowing the full story about the massacre, she said.

They have been asked to meet with Gordon for a possible inquiry into the dismissal of charges against Aquino, Purisima and Napeñas.

The families want to pursue charges of multiple homicide as a consequence of reckless imprudence against Aquino, Purisima and Napeñas, and have enlisted the support of lawyer Ferdinand Topacio, Magalong said.